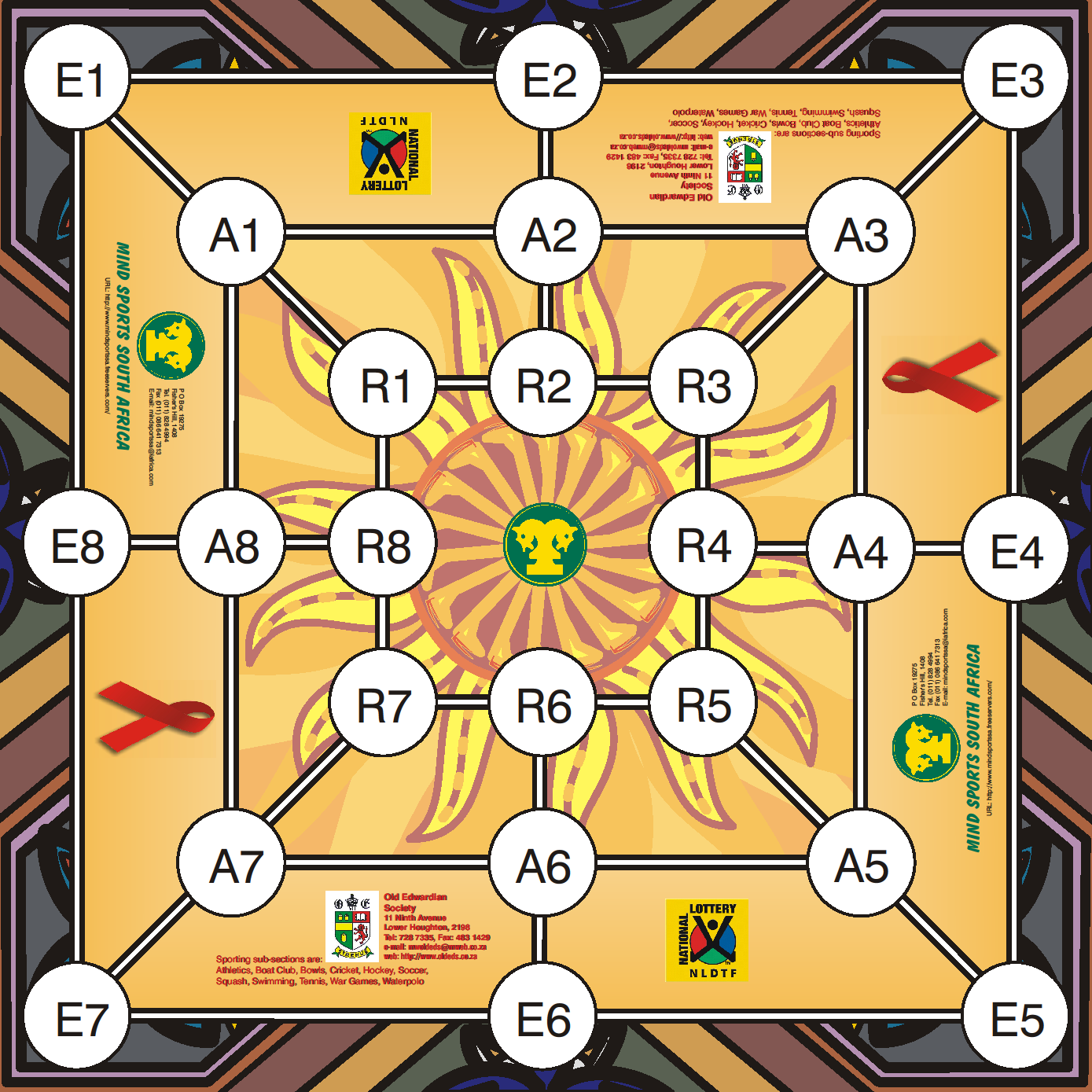 Morabaraba remains the most popular game in South Africa with an enormous 40% of the population playing the game on a recreational level. Wow! Do you realise that that is a staggering 16 million people in South Africa alone that play the game?

In other words, MORABARABA is bigger than soccer. Now isn't that something of which to be proud?

But why is MORABARABA part of the Mind Sports South Africa?

Back in 1991 a concerned group of Morabaraba players, lead by Edward Ngubane, approached the Mind Sports South Africa in the hope of seeing the game promoted and accredited as a full sport.

Mind Sports South Africa immediately rose to the challenge and despite the political situation of the time began to promote the game.

There is no doubt that the game is ancient in terms of its origin, educational in purpose with a very strong mathematical base, but most of all

To accredit the game the Mind Sports South Africa embarked on an exciting development plan.

After having persuaded the National Sports Council (NSC) to view the game as a fully-fledged sport, Mind Sports South Africa sent a team to represent South Africa at the 2nd Traditional World Games and Festival in Bangkok, Thailand in 1996.

As usual the Hon. Mr Steve Tshwete was most supportive of our endeavours and gave all the support he possibly could.

Many South Africans will be more than surprised to know that Morabaraba is played throughout Africa, and the world, although it is known by many different names. In Somalia the game is known as Shax, in Ethiopia as Gebeta, in Namibia the game is known as Owela, in Zimbabwe the game is known as Tsoro, Tsolo in Zambia, Mbau in Angola, Ekyeso in Uganda, and in Botswana the game is known as Mmele. It is even known as Cizgny in Turkey, Twelve Man’s Morris in England, Filletto in Italy, Damier in Senegal, Muhle in Switzerland, Trilha in Brazil, Marelle in France, Moynek in Poland, Tres en Raya in Spain, Xi Gua Qi in China, and Muhle in Germany.

The MSSA also aids new clubs and schools to participate in our exciting programme.


If you are interested in starting a club, or affiliating your club to Mind Sports South Africa, please contact the MSSA.
Posted by Angellah at 10:23