Results of 2016 S A School Championships 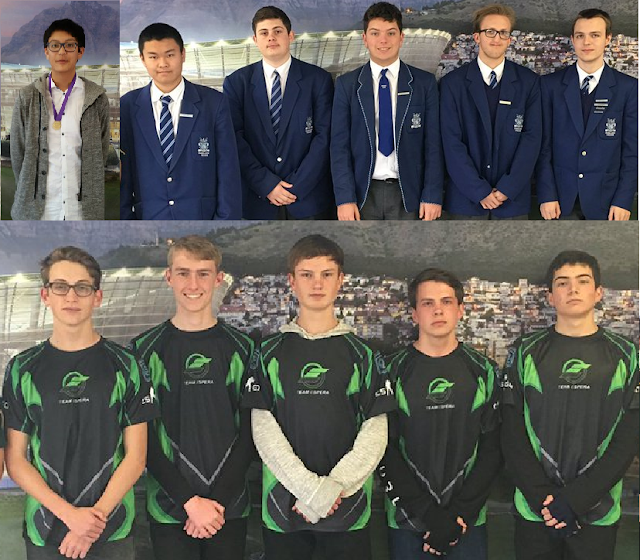 Thanks to Cavan Lang and Bryan Banfield the event went off without a hitch, while umpires on the day, Thomas Brown (South Africa’s only internationally accredited umpire) and Jesse Joubert ensured the smooth running of the championship on the field of play.

MSSA does not charge entry fees for School Championships as such events are believed to be a vital part of developing the fantastic talent that is found at South African schools.

Thus MSSA is proud to announce that the winners of the CounterStrike: GO, DotA 2, and HearthStone titles are all eligible to be awarded National School Federation Colours.

Such colours shall be awarded to the above-named players at the 21st Western Cape Championships which are to be held  on 27 & 28 August 2016.
Posted by Esports, and other games at 20:34