What makes a national federation? 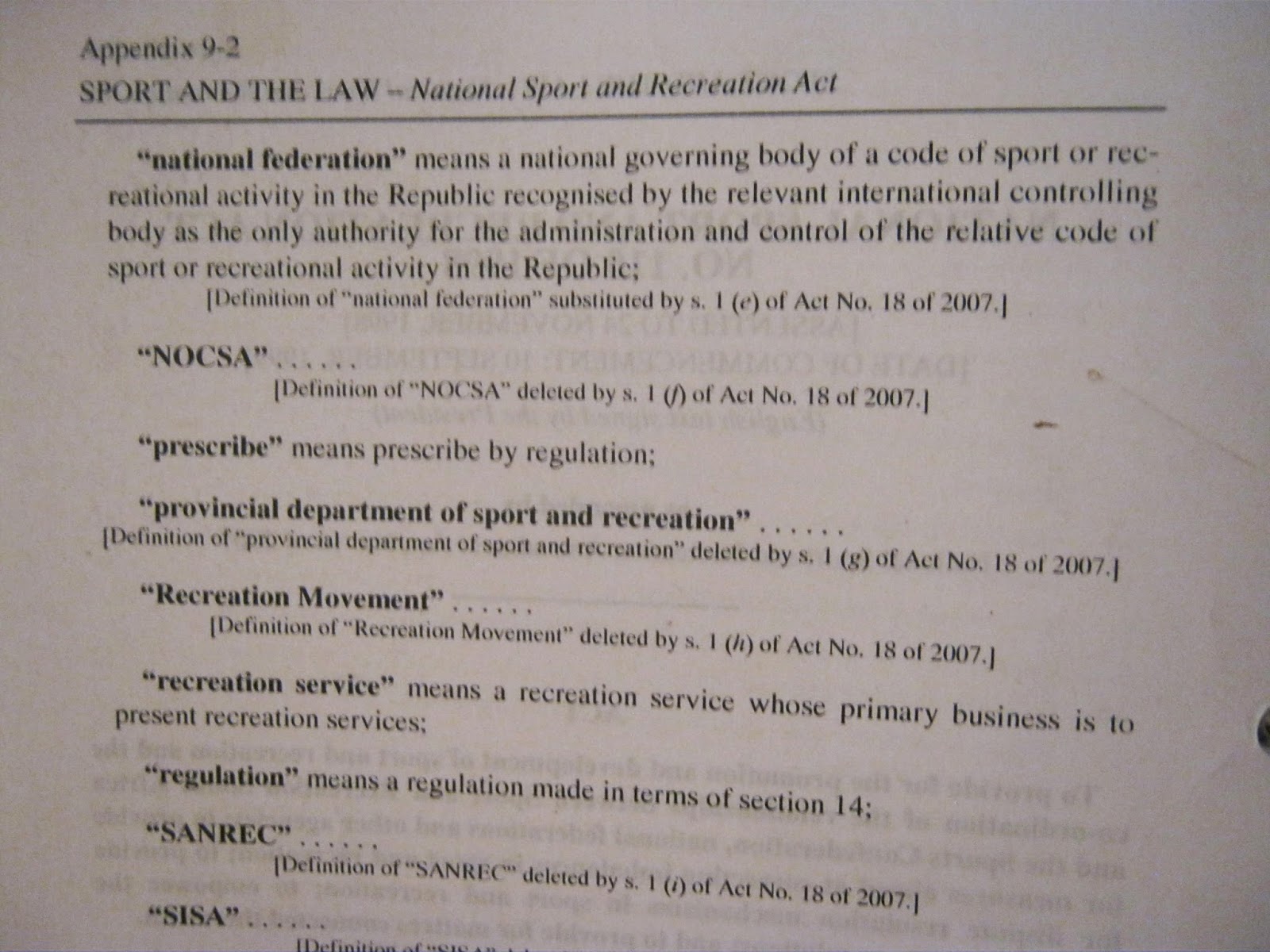 It seems as though, as much as I try to explain what makes a national federation, there are still a few people who remain blissfully unable to understand what I am indeed writing!

Maybe looking at the law would help!

All sport and recreation in South Africa is governed by the Sports and Recreation Act of 1998 (as amended). Yes this is an Act of Parliament passed by the highest authority in the land – parliament! As such it really does not matter as to whether the reader agrees with it or not, it is the law!

But, what does the Act say in this regard?

It reads as follows:


So, what does that mean?

Simply put it means that first the international body recognises the national federation and then the government recognises such body.

This means that some people have really misunderstood the entire process.

While such persons are claiming that some international events were not official, it seems now that they indeed are as recognition begins with the international federation.