Mind Sports South Africa (MSSA) is equally proud of its association with NWU and has tenaciously promoted the league throughoutt the country since its inception in 2017. Having been started in 2017, the MSSA Online School League predates all others - even the unofficial ones...

Titles to be played in the NWU Online School League are as follows:

However, it should be noted that only the following titles count towards the fantastic prizes offered by NWU:

The final distribution has already been decided upon and shall be reported on shortly.

Posted by Esports South Africa, and other games at 12:08 No comments:
Email ThisBlogThis!Share to TwitterShare to FacebookShare to Pinterest

Even though the championship was plagued by loadshedding, MSSA and all the participants put their best foot forward and triumphed by holding a highly successful championship.

Tshwarelo Tshwane of Montanus Primary School in his first ever esports championship, managed to finish in first place in the Primary School section for the Clash Royale esports title and earn himself National Primary School Colours.

It has always been MSSA's belief of that the growth of esports as a competitive sport starts at school level.

As Colin Webster (MSSA President) stated, "It is impossible to separate the Fourth Industrial Revolution (4IR) and esports.The growth of esports at school level is an important factor in promoting 4IR and capacatating learners for the modern economy."

Webster continued to say, "Esports too enlarges the 'sports pie' to bring in more athletes and administrators across age and gender boundaries in order to enable more people than ever before to achieve their full potential."

The results posted by Tshwarelo Tshwane were stellar and is proof that esports is a great equalizer in which any school can successfully challenge long established sporting schools.

S A National Online School Championships is open to all learners.


Mind Sports South Africa is to hold its popular annual S A National Online School Championships for esports on 25 June 2022.An important feature of this championship, is that it is open to any learner, whether or not the school is affiliated or not.

However, for team events, it is required that all members of the team are learners at the same school.

MSSA will thus be holding this event as an Online National Championships on 25 June 2022.

Posted by Esports South Africa, and other games at 12:29 No comments:
Email ThisBlogThis!Share to TwitterShare to FacebookShare to Pinterest 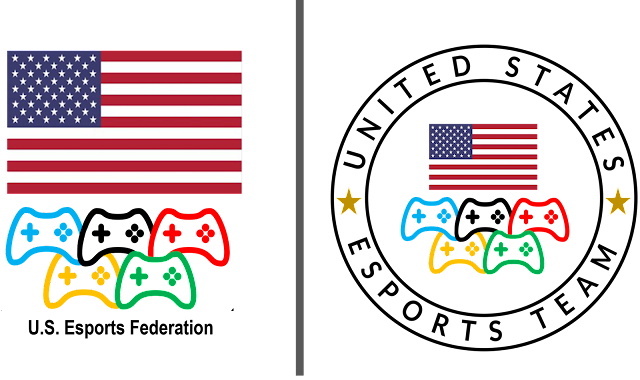 The national sanctioning organization for esports is revealing its development plans for a first-of-its-kind national championship series at an upcoming esports industry conference where municipalities and their venue assets will have access to a multi-year national framework benefiting host cities by attracting hundreds of esports athletes and thousands of fans from across the nation.

To accomplish a fair and standardized qualification process for national team selection, a championship series of events will be held to discover the best of the country’s digital culture. Future gold medals and celebrity- style endorsement deals are expected.

USEFs recently elected President, David Geddes, will present the series framework at the Esports Travel Summit to explain the process and also convene a special meeting for interested host destinations, their venues, and media. Register here for the June 21-23 event at Daytona Beach, Florida.

“The Esports Travel Summit was designed to bring together stakeholders in the esports industry to help support the growth of in-person esports events,” said Jason Gewirtz, Vice President of the Sports Division for the Northstar Meetings Group, organizers of the Esports Travel Summit. Mr. Gewirtz describes their partnership with USEF as "the perfect example of the kinds of connections we are looking to foster with our event, since their approach to uniting stakeholders and growing a national team is the best of what we see in the future of esports events. We’re excited to offer attendees in Daytona the chance to meet them and hear more about their vision for the future.”

Mr. Geddes is optimistic about their new strategy saying, “We are very excited by the post-covid wave of interest to host in-person competitions, the esports industry is unifying just like other NGBs, such as USA Soccer or USA Climbing.” He went on to add, “I am so delighted when I think about how our nation's esports competitors will face off to qualify for the national team – celebrity esports athletes will be made during our championship series of events.”

USNEST is already planning to send an elite team to qualify at the IESF Panam Cup in Buenos Aires, Argentina and then on to the IESF World Championships in Bali, Indonesia 2022. Lance Mudd, who oversees the team's development exclaimed, "I have never been more excited to head to the IESF World Championships with our team, but before that, we're stopping off in beautiful, Buenos Aires!"

If you have any questions regarding information in these press releases please contact the company listed in the press release. Our complete disclaimer appears here

Posted by Esports South Africa, and other games at 12:12 No comments:
Email ThisBlogThis!Share to TwitterShare to FacebookShare to Pinterest
Labels: eSports, IeSF, Northstar, USA, USEF, USNEST

The qualification tournament will be conducted under the aegis of the Esports Federation of India (ESFI).

The NESC’22 will be conducted online with the top athletes from across the country competing and showcasing their skills and strategies.

The qualifiers will be played in a double-elimination format and shall be concluded by June 20. This year’s World Esports Championship shall be held in Bali from November 27 to Dec 7 and will boast of massive prize pool of USD 500,000.00 (~Rs 4 crore).

On the other hand, single-player title Tekken7 will witness participation of total 37 players, including top stars Hitesh Khorwal, winner of last NESC2022 (for 13 th WEC, Eilat) and Rohit Jain winner of NESC2022 (for WSL2021) and Abhinav Tejan, who is the veteran of Tekken India.

As Esports is getting popular across India, Wasfi Bilal, Shakir Khan and Arsalan Nabi Wani from Kashmir are also participating in the national qualifiers and Wasfi Bilal aka Yoshikiller719 is also amongst the top Tekken7 esports athletes of the country and will look to seal this year’s WEC berth.

“We will now proceed with the tournaments witnessing top esports athletes giving cut throat challenges in different categories to make it successfully to the WEC. It will be a gruelling event as the players will have to showcase their best strategy, skills and presence of mind, upon with the pressure to make the cut to be part of the Indian contingent for WEC’22. It will be an action packed and edge of the seat thrilling tournament for sure.” said Lokesh Suji, Director of Esports Federation of India and Vice President of the Asian Esports Federation.

The DOTA team, comprising of veteran athletes like Moin Ejaz (captain), Krish, Abhishek, Ketan and Darshan, which qualified for the 2022 Asian Games, will be part of Team India for the 14 th  World Esports Championships.

With regards to PES2022, the recent update of PES/eFOOTBALL still does not have an option to hold online championship; given the situation, ESFI is evaluating to organise a physical event that may be held in Delhi/Mumbai. The dates and venue for the qualifiers will be announced soon.

The Indian contingent, selected based on their performances in the NESC2022, will take part in the World Esports Championships Regional Qualifiers, for which dates will be announced soon by the IESF. The Regional Qualifiers will be organised along with other continental federations.

ESFI continued its partnership with Artsmith-Concepts &amp; Visions which will extend its support as the communication partner. The National Esports Championships will be streamed live semifinal onwards on ESFI’s official YouTube channel as well as on the Facebook page.

About Esports Federation of India:

To promote, encourage, organise, educate, train and control Esports in India and to provide facilities for training in Esports, build and sustain the Esports eco-system in India, not limiting to providing, conceptualising, opening, managing, running, developing, facilitating, and promoting all areas of Esports and to provide all other possible and related form of Esports.


Mind Sports South Africa is to hold its popular annual S A School Online Championships for esports on 25 June 2022.An important feature of this championship, is that it is open to any learner, whether or not the school is affiliated or not.

However, for team events, it is required that all members of the team are learners at the same school.

MSSA will thus be holding this event as an Online National Championships on 25 June 2022.