Bali Confirmed as Host of the 2022 World Esports Championships Finals


Mind Sports South Africa (MSSA) is the oldest national federation in the world for esports having been founded in 1985 and has participated in all of IESF's World Championships since their inception in 1985.

Today on 28 January 2022 International Esports Federation (IESF) has confirmed that Bali, Indonesia will be the host of the 2022 WE Championships Finals. Bali was handed over the honours during a special ceremony following the conclusion of the 13th World Esports Championships in Eilat, Israel.

The 14th edition of the WE Championships Finals is slated for 27 November to 8 December 2022 and will feature the world’s best Esports athletes competing across multiple games on the beautiful island of Bali. Over 120 countries are expected to compete in the regional and national qualifiers for a coveted spot in the Finals. MSSA is determined that once again South Africa will be present.

IESF President Vlad Marinescu congratulated host city Bali and said: “Big thank you to the President of the Indonesian Olympic Committee and to the entire Indonesian team here with us. We appreciate your support and we look forward to seeing the biggest and most inclusive World Esports Championships in history! We are bringing the largest and freshest sport to this beautiful tropical destination for the first time.”

IESF has staged the WE Championships every year since 2009, and it remains the sole international Esports event where athletes represent their countries. After a successful 2021 edition, the World Esports community looks to come back even stronger and generate more international opportunities and media exposure for the sport in the lead-up-to and during Bali 2022.

Indonesian Olympic Committee Commission Chairman Desra Firza Ghazfan said during the press conference: “Bali is the island of GOD, it’s always been the melting pot of rich traditional and modern culture. Now with the 14th World Esports Championships happening in Bali, Bali is the melting pot of the past, the present and the future. I would like to welcome you all to Bali 2022 and to meet with our 45 million players in Indonesia. Be prepared and let the best win!” Also read: 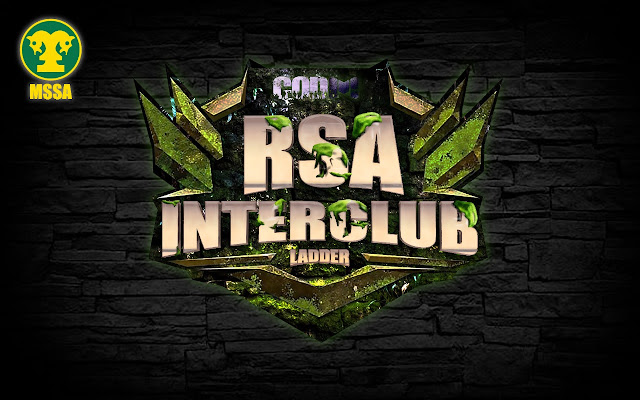 With Mind Sports South Africa (MSSA) having included, on 14 November 2021, Activision's esports title Call of Duty Mobile (CODM) into its official line up for Provincial and National Championships, the community has taken official competition to heart.

The community has banded together in a show of great camaraderie to run a competition open to all affiliated clubs to allow teams earn a ranking on the official CODM Battle Royale Ladder rankings.

There are 3 back to back rounds in squads setting. 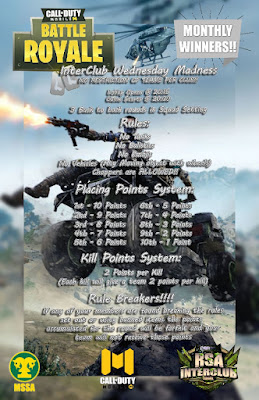 The rankings will be published after every week.

point_up_tone1 These are placement points

If any players are found breaking the rules set or using banned items, the points accumulated for the round will be forfeit and the team will not receive those points.

There are 3 lobbies starting from 20:30 every Wednesday each month is a season so one season runs over 4 weeks