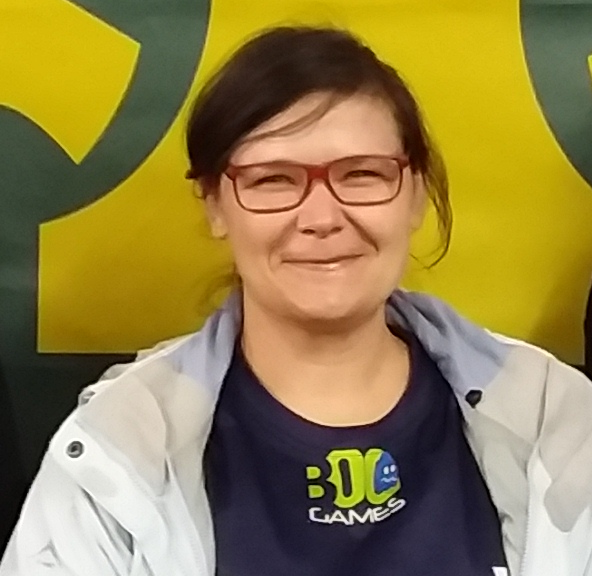 The position of a Mind Sports South African Provincial Director is indeed an important one.

With Mind Sports South Afica's Constitution mirroring the South African Constitution in many respects, the roles and duties of MSSA's Provincial Directors are vital for ensuring growth and development within the various

For the first time ever, a female, Lenel Human (aka MamabearZA) from Pretoria and the Co-Founder of BooGames, has been elected to the position of Gauteng Provincial Director.

There is a saying that in order to get a job done, give it to a busy person. The saying is particularly true in the case of Lenel. 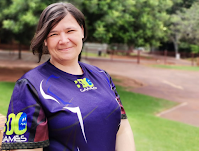 Lenel, is a wife, a mom of two girls, a graphic designer at night, and a labour law admin assistant at day. When she finds time to relax, you'll find her in front of her computer, gaming the night away, organizing gaming tournaments and socializing with people from all over the world. Bringing South Africa's local youth gamers together and promoting potential future of gamers in the country, is what attracts Lenel to the world of gaming.

Lenel believes in the philosophy: "To create gaming legends you need to provide the right environment for them to grow, experiment and expand."

Lenel looks forward to making sure that Gauteng grabs all the esports opportunities in 2021, and will be developing players from all types of games to ensure that South Africa is represented by the best talent there is available.

Amanda Pakade (MSSA President) was overjoyed with Lenel's election and enthusiastically exclaimed. "Lenel is proof of how MSSA can accommodate all its members and provide a nurturing environment for all its Registered Players".

Amanda went on to say, "There is no doubt that Lenel will help provide much guidance and direction for the Gauteng Province."

Posted by Esports South Africa, and other games at 12:29 No comments:

But saying an esports title is popular is not enough. Just because a title is popular online among recreational gamers, does not make it popular among the hard-core competitive esports athletes who will attend LAN and/or Online championships.

It is therefore important for parents to check the age restriction of the esports title in the country of residence as such age restrictions are established to protect the mental health and well-being of the child.

It should also be noted that changes may be made to the line-up in exceptional cases. If IESF selects a title not on the list for use at its World Championships, then MSSA shall include such title.

Titles previously selected by IESF for their Annual World Championships are:

A lot of time has been invested in determining the esports titles for 2021, and the comprehensive list is as follows:

Posted by Esports South Africa, and other games at 10:24 No comments: 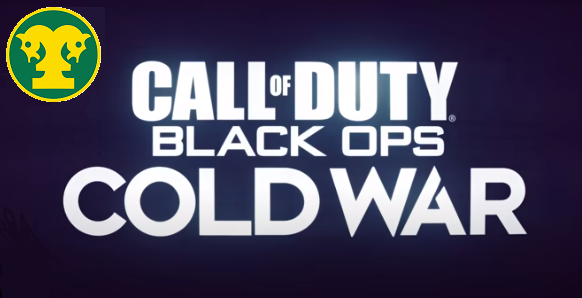 Posted by Esports South Africa, and other games at 15:11 No comments:

Wishing all a Merry Festive Season. 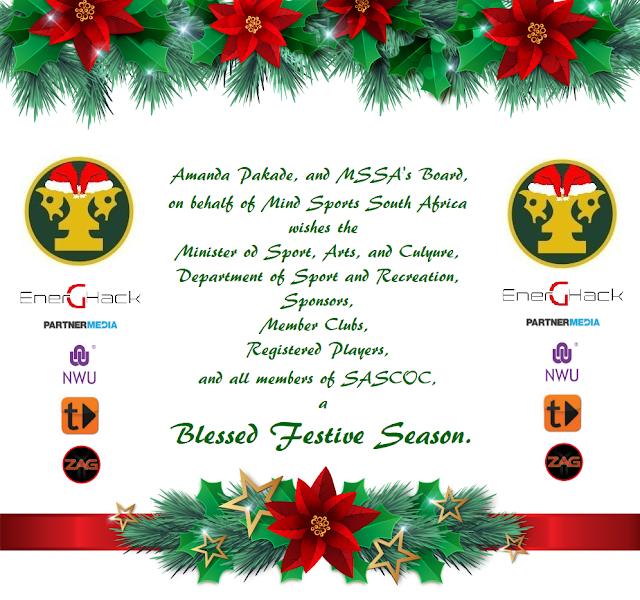 For many people, COVID-19 dashed their dreams as lockdown, financial hardship, and genneral uncertainty robbed them of their hopes and dreams.

Even though Mind Sports South Africa (MSSA) also bore the brunt of the pandemic, MSSA's Board rallied round to continue to deliver to its members and Registered Players.

Thus in 2020, MSSA still held all its provincial esports championships, albeit as online events, and will still able to select national squads.

Even though there is no guarantee that the pandemic will ease in 2021, MSSA has applied its collective minds in order to have a strategy so that it can even better deliver to its member clubs and Registered Players.

Thus, MSSA wishes all associated to MSSA a truly Blessed Festive Season where all can rest securely and prepare themselves for an action packed 2021.

Posted by Esports South Africa, and other games at 12:56 No comments: 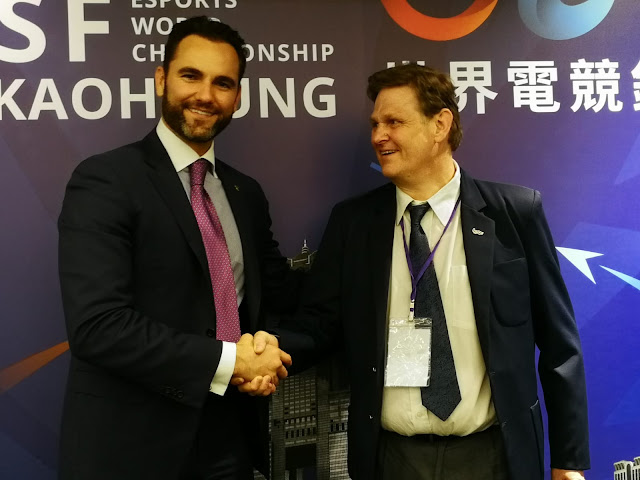 Posted by Esports South Africa, and other games at 11:53 No comments: 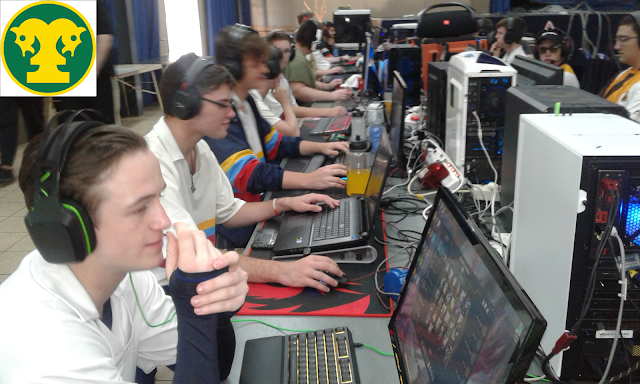 Posted by Esports South Africa, and other games at 11:24 No comments: