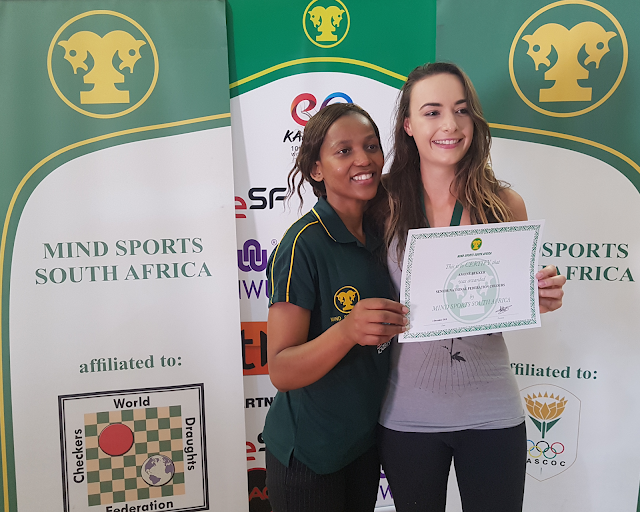 Mind Sports South Africa (MSSA) was way ahead of the curve when it created its Athletes' Representative position to sit on the Board way back in 2005.The person who holds this position has to represent the aims, wishes, and desires of the gamers in order to ensure that the players are not overlooked in the decision-making process. Such Player Representative, must therefore owe greater loyalty to the players than to any club affiliation.

The position can thus be seen as a stepping stone to greater things.

It is the athletes that participate in MSSA's 2020 SA National Championships that elect the representative.

The criteria to stand for the position of Athletes' Representative are:
MSSA therefore requests all those interested in standing for such position to please submit a nomination to mindsportscorrespondence@gmail.com by 8H00 on 5 December 2020.
Also read:
Posted by Esports South Africa, and other games at 20:59
Email ThisBlogThis!Share to TwitterShare to FacebookShare to Pinterest
Labels: athletes', elect, election, Mind Sports South Africa, MSSA, Players' representative, Representative