The call for nominations is now open.Since 1981, Murray & Roberts has been making a difference by rewarding and recognising projects that contribute to the development of sport in South Africa.Sport has the ability to transform the lives of many young South Africans. Previous beneficiaries of the awards include Sizwe Ndlovu, a member of the South African lightweight fours Olympic rowing team, who was one of the first successes to emerge from Rowing South Africa’s schools transformation programme. Rowing South Africa won the 2002 Jack Cheetham Award.

The Jack Cheetham Award targets sports development projects for able-bodied individuals or teams that have the potential to be champions.

The Jack Cheetham Award was initiated by Murray & Roberts 33 years ago, in conjunction with the Johannesburg Sportsman’s Club and in recognition of the special qualities of Jack Cheetham, a former director of the company and the inspirational captain of the South African cricket team in the 1950s who was able to instill in young people the belief that they could win.

The Letsema Award, instituted in 2009 following the outstanding performance of Hilton Langenhoven at the 2008 Paralympics in Beijing, recognises sports development projects for people with disabilities.

Mandeville Aquatics Disability Centre of Excellence, winners of the 2013 Letsema Award focuses on the development of swimming in Central Gauteng’s disabled and previously disadvantaged communities and develops them to a level where they can compete successfully at a National and Paralympics level.

Ø To be eligible for nomination, a sports project must demonstrate a meaningful contribution to the development of sport in South Africa and it must benefit previously disadvantaged individuals.

Ø Projects that have previously been receipients of either award may only be nominated again in the year after they receive their final payments.

Nominations should be sent to: 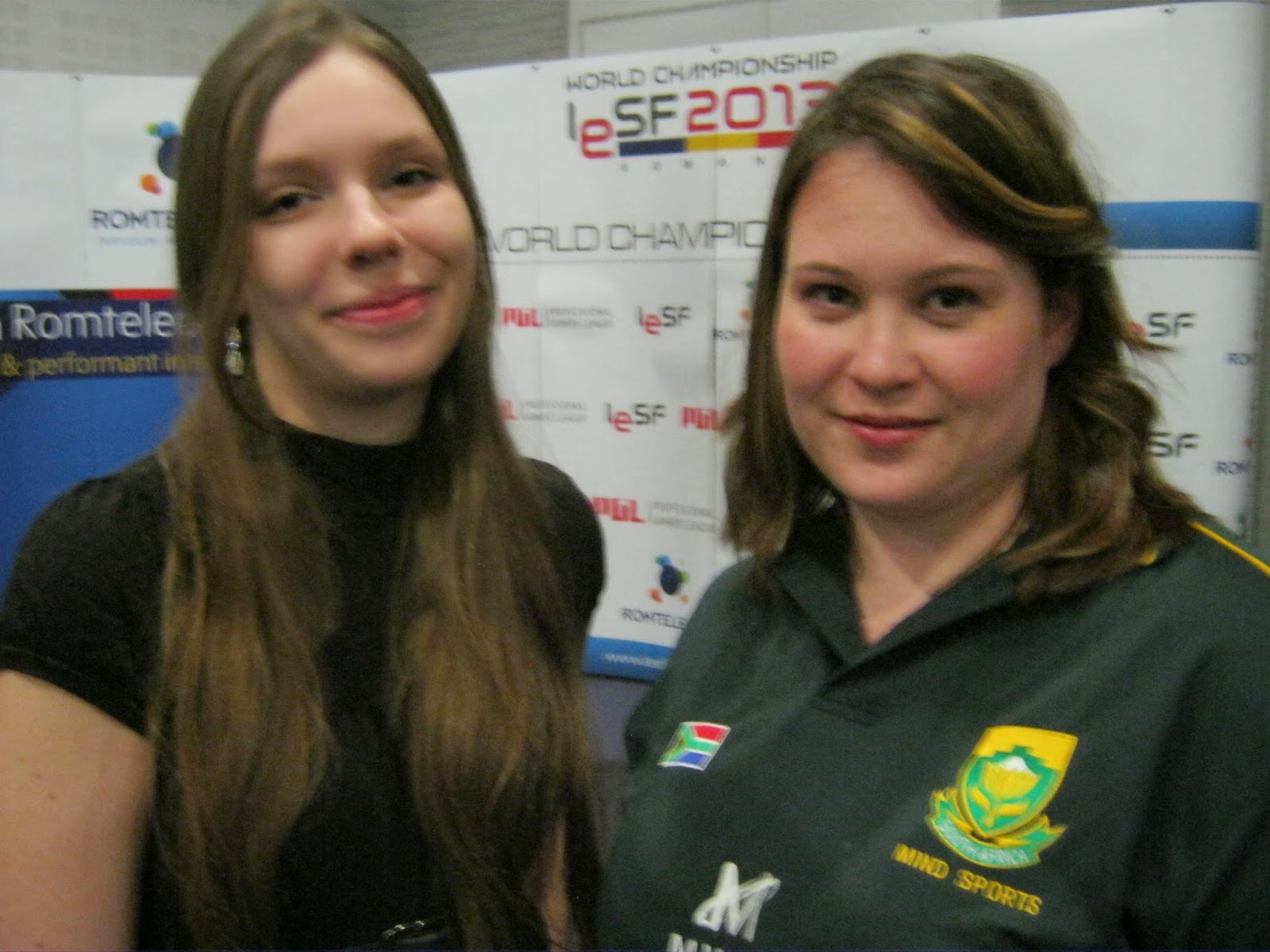 Over the past few weeks there has laughably been a fairly vitriolic criticism of the
MSSA and the awarding of both female and male gamers medals and of choosing males and females for its national teams.


Of course most of the MSSA's critics quickly ignore the fact that the choice of game titles for the 6th World Championships Baku, as well as who may, and for that matter, who may not, play is decided upon not by the MSSA, but by the IeSF.

Apart from a small minority of female gamers who have expressed their apparent unhappiness over the division of the team along gender lines, the majority of criticism has come from very vocal male gamers. A number of these gamers have stated that they speak for the female gamers (I wonder if they really do), and have made their point that female and male leagues are not to be tolerated!

My friends and I have read much of what has been written on the subject.

It is interesting to see that most of the top female games in international competition, acknowledge the female only leagues as a reason for their success.

But why are male gamers so anti having female gamers play their own leagues?

A number of theories could be put forward, but it is thought that the main reasons could really be:
Both the above are based on fear, and with fear being one of the most basic of human emotions, it is no wonder why most of the gamers are so subjective on this matter.

It again comes down to seeing the big picture. What do you really want to get out of eSports?

If you feel that eSports is something that you must control, that eSports owes you a living, or that you are entitled to prize money, then you will experience anxiety when new ideas are expressed or when new projects are put into place. It is this feeling of lack of control that makes the subject so emotive among those who are outside of the decision making arena.

However, if you are one of themany that are looking at the big picture of where eSports can go, what eSports can do for those who play, or of the opportunities that eSports can create, then you will realise that the policy of having separate championships for males and females has much to offer.

Let us look at it from a South African point of view. Mixed gaming delivers one winner, one second place, and one third place. On the other hand, separating the competition delivers two winners, two second places, and two third places. This means that you are rewarding twice as many people and you are creating an environment that is far more conducive to growth and development.

Who in their right mind would not want to see as many people as possible benefit from eSports?

Surely only gamers who want to privatise gaming for their own nefarious purposes would be opposed to seeing as many people as possible benefit?

Yes, eSports is still in its early stages of development. Total equality cannot be achieved immediately as financial considerations will always have a bearing on all decisions made, but the process has started.

The process will gain momentum from year-to-year.

Of course, gaming may even end up like a sport like tennis where there are female, male, and mixed events! Only time will tell.


At the end of the day, every person has the right of freedom of association.

However, all people deserve to be respected for their own choices, so those who do not agree should show a modicum of courtesy and refrain from harassing those that are making eSports a better place for all.

- Thus the official game titles for the 6th e-Sports World Championship BAKU 2014 are as follows:

2. Prize Pool
- The Board of IeSF decided the total Prize Pool for 6th e-Sports World Championship BAKU 2014 as $ 100,000 USD, which is the biggest size of IeSF’s history ever.
- The Prize Pool is divided into two categories: Winning Nations by Overall Performance and Winners by each game title
- All Categories of Prize will be distributed to the related Member National Federation, and the such National Federation can distribute the Prize to the related players in accordance with the contract between NF and the Player.
- For more details of Prize Distribution, please see below table:

1) Category for Winners by Each Game Title

This means that the MWEB Protea Team will have not only national honour for which to play, bt cold hard cash as well!

It will indeed be interesting to see if the Protea Team is up to the task.
Posted by Angellah at 10:38 1 comment:
Email ThisBlogThis!Share to TwitterShare to FacebookShare to Pinterest
Labels: Baku, Dota, Hearthstone, IeSF, MSSA, MWEB, Prize, Protea, StarCraft, Tekken, Ultra Street Fighter 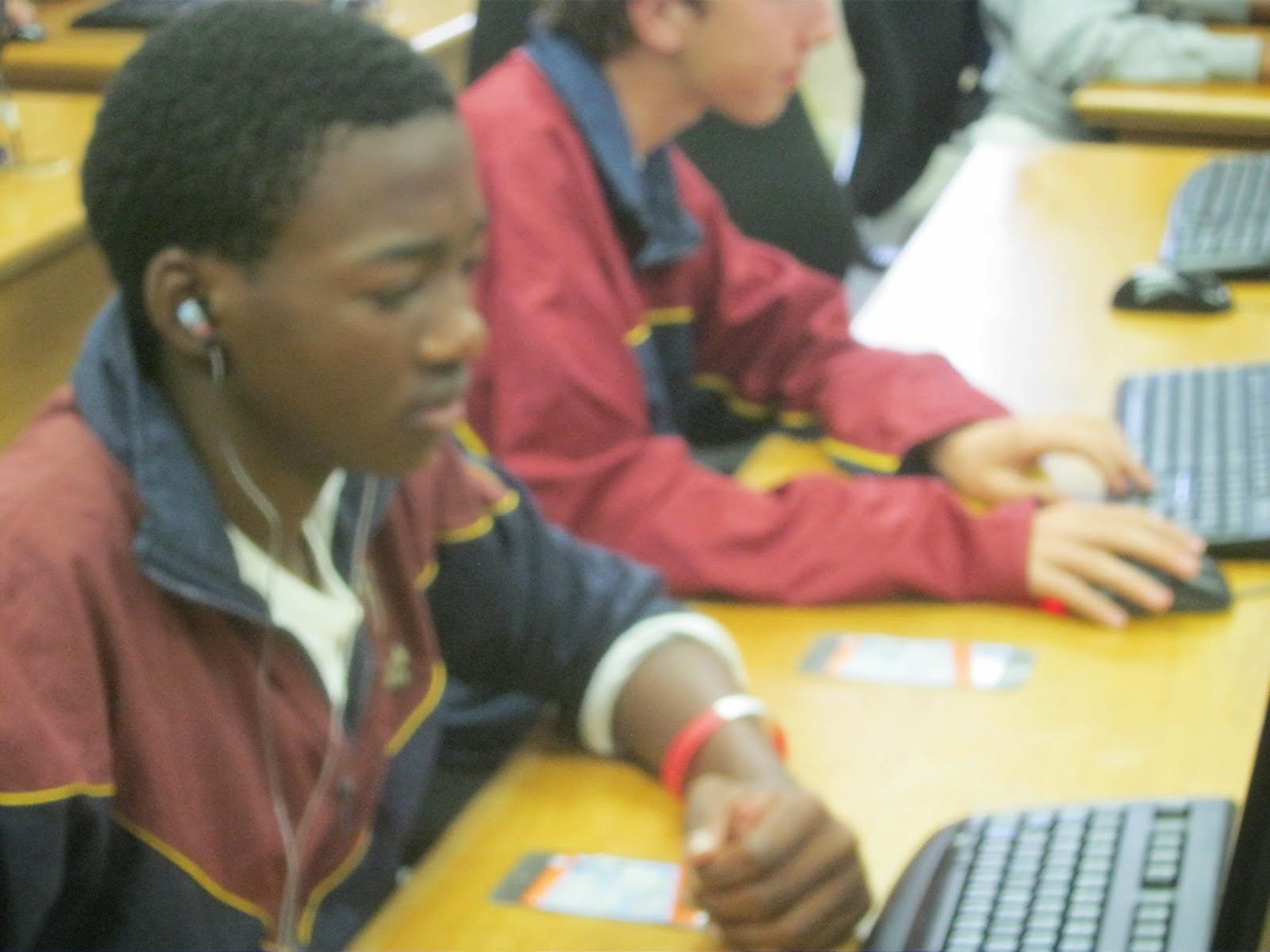 
Then you will see foreign players queuing up to play in the MSSA's MWEB Provincial and National Championships.
Posted by Angellah at 12:41 No comments:
Email ThisBlogThis!Share to TwitterShare to FacebookShare to Pinterest
Labels: coach, competitive, eSports, money, MSSA, MWEB, professional, Sport
Newer Posts Older Posts Home
Subscribe to: Posts (Atom)