Sport has a number of life-lessons for players.

When something goes wrong, or against a person's wishes, the person can rant and demonstrate against the rule, authority, or decision. Such petulant behaviour is only likely to polarize both sides, which ultimately has no benefit to anyone.

Such confrontational behaviour normally leads to a clash where compromise becomes less likely, and one side normally has to give in at the expense of losing face, while the other wins in a very unpleasant game of one-upmanship.

Then, you get the people who are courteous and understand the rule of law. No matter how bad the decision, or unfair the rule, or strange the scenario, they accept the ruling on the face of it and pursue their recourse through due process. These are the true sportsmen and sportswomen who are learning valuable lessons that they can apply to their entire life.

One such person is Wetsi Moloi of Middelburg Hoërskool. In MSSA's 2021 SA National Online Schools Championships difficult circumstances arose, which were of a technical nature, which did not allow Wetsi to play his final game. The umpire ruled correctly, and although Wetsi was shattered by the ruling, he was not faint-hearted and pursued the matter through due process.

The Board, under the leadership of Mrs. Amanda Pakade, ruled on 30 June2021, that although the umpire was correct and operated within his terms of reference, MSSA would be remiss to not award Wetsi with his South African National High School Colours.

The ruling is a triumph for good governance and oversight.

Mrs Amanda Pakade, President of Mind Sports South Africa, stated "It is wonderful to see that his  parents, school and educators still inculcate such virtues into today's youth".

Posted by Esports South Africa, and other games at 19:47 No comments:

Amanda Kwaza (MSSA President) will oversee major changes  to MSSA's Board with the possibility of 11 new Board members being voted in.

Only Mind Sports South Africa (MSSA) runs accredited, and official, regional, provincial, and national championships and leagues.Any event not accredited by MSSA is essentially a flawed event as not only does it not have any accreditation, but it is not able to ensure the metal and physical health of the participants.
Thus serving on Mind Sports South Africa's Management Board is not for the faint-hearted as there are many tough, and some unpopular, decisions to be made on a continuous basis.

It is during these times when Board members have to stand up and be counted, times when you know that it is the right decision, albeit not a popular one. It all comes down to ethics.

Even bearing all the above in mind, the work is done gleefully by a core of volunteers who seek no reward other than seeing the various disciplines and games grow, and watch the athletes attain their full potential.

Every club may nominate athletes for the Board, and since retiring officers are not automatically made eligible for re-election, even retiring officers need to be nominated by a member club in good standing, if the following criteria are met:
However it should be noted that only athletes who meet the following criteria may be elected on to the Management Board:
All elections are done on a staggered basis, so, although the Management Board consists of 16 members, only 11 positions may be contested at the 2021 Annual General Meeting (AGM). The system of doing the elections on a staggered basis allows MSSA to have a greater degree of stability as the entire Management Board is not able to be elected at any one time which preserves MSSA's continuity and knowledge base.
The positions available on MSSA's Management Board are all 3 year terms and are:

Posted by Esports South Africa, and other games at 17:20 No comments: 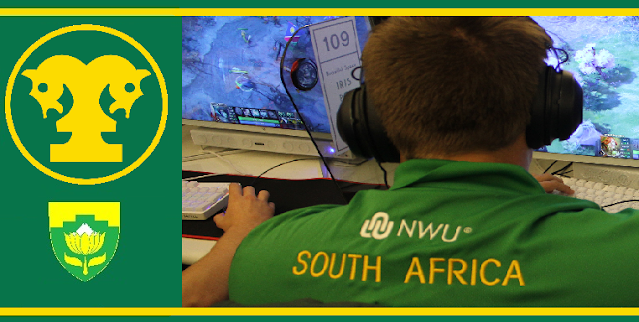 Mind Sports South Africa (MSSA) has announced the date of its National Team Trials to be 21 August 2021.

It should be noted, however, that Mind Sports South Africa (MSSA), in these times of COVID-19, have made some important changes to the 2021 edition of its National Team Trials (NTT) from which its 2021/2022 National Protea Esports Squads will be selected.

The changes are that the event shall be held online in order to ensure the safety and well-being of its athletes.

However, players can play online with the following proviso's:
MSSA shall select the highest placed team and/or individual based on:
All Registered Players who have qualified at MSSA's Regional, and/or Provincial, and/or National Championships are cordially invited to enter.

The conditions for entry are as follows:
The Documents required are as follows:
National team trials shall begin at 10H00 and end at 18H00. MSSA officials will be on duty all day to assist with any queries you might have.
For further information, please contact MSSA at mindsportscorrespondence@gmail.com

Posted by Esports South Africa, and other games at 11:27 No comments: 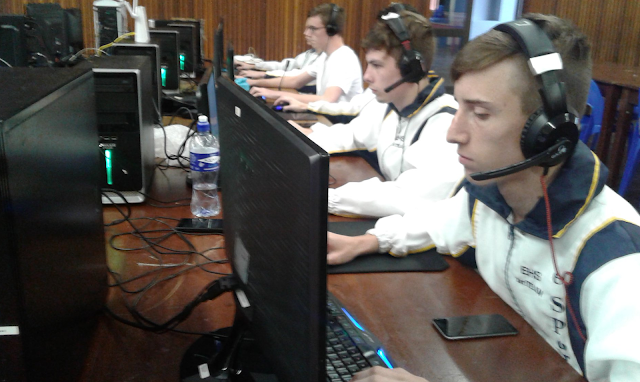 The reintroduction of COV-19 Level 4  Regulations as imposed by the South African Government to limit the effect f the third wave has put many of the planned face-to-face events in jeopardy.

Thus Mind Sports South Africa (MSSA) is continuing to run its online Provincial Championships in order to cater for  its community of member clubs and Registered Players.

MSSA's KwaZulu Natal Online Provincial Championships which shall be held  on 31 July 2021.

MSSA's KwaZulu Natal Online Provincial Championships, offers all Registered Players the opportunity to qualify for selection to the national squad and for the Protea Team.

In order to participate, Registered Players must be fully-paid-up.

Obviously Registered Players may participate from the comfort of their own home while being safe from the ravages of COVID-19.

Medals shall be handed over to winners at the next MSSA LAN that they attend.

Posted by Esports South Africa, and other games at 15:22 No comments: