What does it take to be a truly professional eSports athlete?

Sitting in the shade of a stadium in Parow watching athletes pound their way around the track, and footballers all resplendent in their blue-and-white kit practice their daily drills, I sit and wonder where eSports in South Africa is going wrong to be so far behind the international competition.

The football team that I am watching specializes in preparing players for overseas clubs. The athletes that are training in the blazing African sun, are all of international standard.

Theses sports also have the same disadvantages that eSports has, perhaps even more so. At least in eSports, gamers can play more often, at less cost, that our physical athletes who have to travel vast distances, experience body-sapping fatigue when crossing time-zones and experience acid build-up due to long periods of being seated – all of which negatively affect the performance of the athlete.

The eSports athlete is luckier, thanks to the MSSA and to MWEB, the cyber athlete can play against top class competition from their hometown.

So what then does it take?

Looking at the athletes training it seems as though our eSports fall down in the following areas:


I believe that when our gamers address the seven points above, or gaming will be on par with any other nation.
Posted by Angellah at 09:38 No comments:
Email ThisBlogThis!Share to TwitterShare to FacebookShare to Pinterest
Labels: eSports, MSSA, MWEB, professional


IeSF will select additional individual games after negotiation with Game Developers and make the 2nd announcement for all official and demonstration game titles in February, 2015.
Posted by Angellah at 16:16 No comments:
Email ThisBlogThis!Share to TwitterShare to FacebookShare to Pinterest
Labels: CS:GO, Dota 2, IeSF, Lodz, Poland, World Championships

Are sponsors limiting the growth of eSports?

To date clans cluster around sponsors like hounds around the master who throws scraps to the baying pack to placate the insatiable demand.

All the scraps do is temporarily satiate the hunger pangs which quickly return and leave no real respite.

So does the current sponsorship of eSports.

Clans sell their brands for little and the sponsorship thus received does little to promote growth of gaming in terms of the number of gamers, standard of gaming or even the long-term financial sustainability of gaming.
As a result the sponsors too feel they are under siege. As the clans yelp around the sponsors for sponsorship, the sponsors are acutely aware of the transient nature of the clans.

In business, any company that has not been in existence for at least ten years is considered to have a high rate of failing. Yet, it is only the clubs based at schools and universities have survived for more than ten years with very few exceptions.
Sponsors are also more than aware that most, if not all, clans have no legal status and are often nothing more that individuals operating as Sole-traders.

The opportunity for sponsors to thus claim any sponsorship as social development in order to win much needed BEE points is thus negated, and the sponsors themselves are aware that such sponsorships should be treated by those clans as income in the hands of the owners of such clans.

Also, many of the sponsors are aware that many gamers will in fact not buy their products. Gamers are without doubt a very discerning breed when it comes to technology and will favour picking-and-choosing what they need to build up their 'rigs' rather than just buying a finished product.
The types of sponsorships received thus do little for long-term development. While it is nice for a clan to secure hardware for their top clan, such a sponsorship does little to promote gaming and the profitability of the sponsor itself.
And therein lies the rub!
Unless sponsors can see that by sponsoring eSports that they will do more business, it remains more profitable for sponsors to sponsor football, rugby, and/or cricket.
Everybody in eSports thus has a duty to ensure that the sponsors can and will do better.
This does not mean that everybody must run out and quickly start purchasing computers, screens and the such.
Instead, every gamer must help to make it possible for prospective sponsors to substantially increase sales.
One of the ways to do this is to simply tap into NATIONAL LOTTERY FUNDING (NDLTF).
Of course there are criteria that have to be followed in order to do this, but it can be done!
Any club affiliated to the MSSA can apply for up to R200,000.00 per annum. The monies can be spent on equipment, kit, travel and entry fees, but only if:
Through participating in the NDLTF in this way, gamers will be able to unlock substantial amounts which will benefit sponsors and sponsored alike.

The money received will be spent on purchasing new equipment, which will increase the amount of sales and will further encourage companies to commit larger amounts to sponsoring both clans and events.
The growth can thus be exponential as more and more money will be spent in the computer industry.
Remember that approximately R400 million is earmarked every year for sport – it is foolish not to take advantage of this gilded invitation.


By following this course of action, gamers will have taken the initiative in controlling the destiny of eSports in South Africa to become the masters of their own fate.
Posted by Angellah at 17:41 No comments:
Email ThisBlogThis!Share to TwitterShare to FacebookShare to Pinterest
Labels: eSports, NDLTF, sponsorship 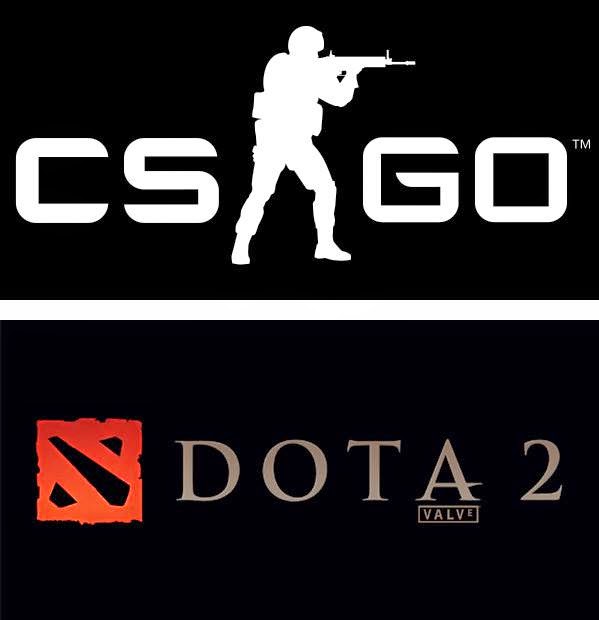 The MSSA has put up the following on their facebook page:
“Hot news:

If you play Dota 2 or CounterStrike GO, dust off your keyboards, flex your fingers, and get ready.

The IeSF has just advised members that Dota 2 and CounterStrike GO will both be played at the IeSF's 2015 World Championships.

The above is indeed good news! “


Indeed this is good news!

CounterStrike is hugely popular in Europe and now at last South Africa can select an official MWEB sponsored Protea team to officially take on the best in the world.

But, just who will that team be?

The MSSA's very fair policy of qualification is simple. Players that finish in the top three positions (or the top twenty percent, whichever is greater) allows a number of players to qualify for the prestigious National Team Trials.

Added to the fact that all events held by the MSSA during a calendar year prior to the event count for delivering qualifiers, it means that there should be many gamers from which to choose. That means if Trials are to be held on 1 June 2015, then all the championships within the period 1 June 2014 to 1 June 2015 count for qualification purposes. In other words, 2014 Eastern Cape, 2014 KwaZulu, 2014 Western Cape, 2014 Free State, 2014 Limpopo, 2015 North West, 2014 Gauteng, 2015 Mpumalanga Provincial Championships, as well as the S A National LAN Championships, any Regional Championships within the period and the on-line championships would count for qualification purposes.

In other words a minimum of 25 teams would qualify for trials!

2015 is going to be a fun year!
Posted by Angellah at 11:23 No comments:
Email ThisBlogThis!Share to TwitterShare to FacebookShare to Pinterest
Labels: CounterStrike, CS:GO, Dota, MSSA, MWEB, Protea, Team Trials

Putting SA on the eSports map

Let's look at the facts.

The MSSA sent teams across overseas as follows:


Of course none would have been possible without the sponsors as indicated. However, where the MSSA is mentioned in the sponsors column, it should be noted that these events were entirely self-funded by the MSSA.

The cost and effort of getting teams overseas is truly monumental and the dedication shown by the MSSA is truly admirable.

It is no wonder that South Africa is now ranked 13th in the world.

Thus despite anybody else's protestations, the only body that has really tried to get South Africans into serious on-line competition is - the MSSA