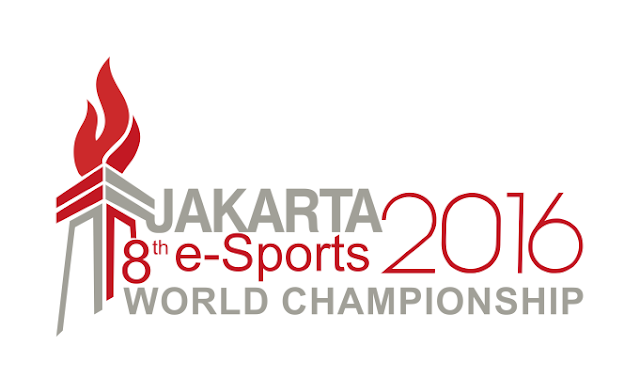 Out of the total of 341 participants from 32 countries That have entered IeSF's 8th e-Sports World Championships - Jakarta, 29 countries entered Hearthstone.

The list of gamers that will participate at IeSF's 8th e-Sports World Championships - Jakarta show the strength of the game.

Posted by Esports South Africa, and other games at 22:32 No comments:

Do seedings work in a double elimination knockout?

The short answer is: no!

The much longer answer requires a little bit of an argument, so here goes...

Seeding teams works very well in a 'Swiss type' competition. However, it is not needed in a Round-Robin tournament as every team plays against every other team.

However, in a Knock-out tournament (of any kind), seeding teams, in my opinion, seeding teams reduces the competition to a farce.

If you look at the above image of the seeded teams, if the seeding  is done correctly, the top  four teams should each will win their group which will actually make the group stages a waste  of time and utterly redundant.

That is just on a cursory glance, but once you look at the distribution it will seem as though there is something far more sinister afoot.

Mathematically the two top seeded teams are awarded the easiest group stages with the next two seeded teams (three and four) getting the hardest groups.

This will ultimately mean that the two top seeded teams will then sail out of the group stages.

Based on these groups the top four teams will then be the main contenders in the knock-out/elimination stages with the top seeded, and second seeded, teams battling it out for 1st and 2nd place respectively.

Any organiser that uses this, in my opinion, seems to be treating the  players, spectators, and sponsors as if they were fools.

If you are going to use a 'knock-out' system, the only fair way to do it is to do a  random draw. That  is how it is done in all the major sports for this type of tournament.

Yes, that does then that there may be a group of death - but it is at least  fair, and no-one can claim that the result is manipulated.

Posted by Esports South Africa, and other games at 14:48 No comments:

Internationale-Sports Federation (IeSF) hereby announces that a total 341 participants from 32 countries have registered for IeSF's 8th e-Sports World Championship Jakarta 2016 - Jakarta, which will be held from 6th to 9th of October.

125 of the participants will be participating in the CounterStrike: GO title, which, when you look through the names of the competitors, you realise just how hard the competition will be.

Nevertheless, Mind Sports South Africa (MSSA) has every faith in its team.

The team as lead by Jessie Joubert is determined to give it their 'all'.


Cape Town TV will be broadcasting an interview of Protea CounterStrike: GO players Jessie Joubert and Simon Zandstra on Monday, 3 October 2016 at 17H00 to 17H30.
Cape Town TV is available free-to-air in Cape Town and across South Africa and Lesotho on DStv (Channel 263). The channel receives around three million views each month.

This is the first time that a Protea CounterStrike: GO team will be representing South Africa at the official World Championships.

The full list of players representing their countries are:

Posted by Esports South Africa, and other games at 11:56 No comments: