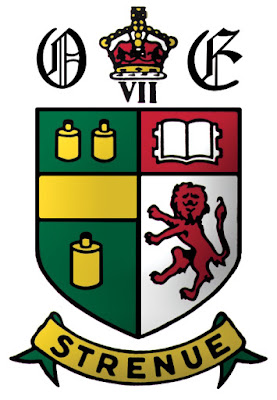 It is once again time for the Old Edwardian Society to honour its sportsmen and women who have achieved over the past 12 months.

-Nominations for the various categories must be received in writing together with a suitable recommendation, by no later than the close of business on Monday 10 October 2016. These are to be sent to mike@3w.co.za.

-A sub-committee is being formed to adjudicate the nominees and their decision will be final.

The various categories are as follows;

-The Bryan Magennis trophy for the Sportsman of the Year.

-The Neville Cohen trophy for the runner up.

-The Thomas Webster trophy for the best performance by a junior male member.

-The Sheila Webster trophy for the best performance by a junior female member.

-The Eric Heilbronner trophy for the outstanding King Edward schoolboy playing sport for the Society.

-The Steve and Linda Jaspan trophy for the Sub Club of the Year.

-The Jean Hubert trophy for Sportsmanship.


Further details will be made available either through updates on the web page or Facebook page, or directly to the sub-club chairman.
Posted by Esports, and other games at 10:32