IESF’s 11th Esports World Championships is the largest international esports tournament where athletes represent participating nations. With IESF already having 56 member National Federations, and national pride on the stake, every participating athlete is fired-up to do their best. Mind Sports South Africa (MSSA) has selected the team that has had the most amount of medals earned in its championships, both schools and premier events) to represent South Africa.
The Curro Roodeplaat team participated in more MSSA championships than any other team, according to MSSA officials, and at  every event demonstrated a high  level of sportsmanship and cameraderie.

Although being a young team, MSSA is confident that the team will give their all, and provide a solid foundation for the growth of esports, and DotA 2 in particular, at every level.

The team consists of the following athletes:

NATIONAL PRIDE IS AT STAKE!

To ensure sustainable development in esports, International Esports Federation (IESF) together with the Korean Government (Ministry of Sports Culture and Tourism, MCST) consistently invest funds for the activation of the Esports World Championship. 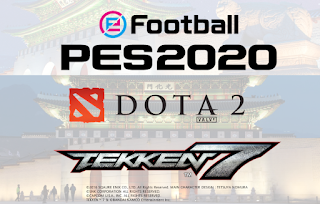 Even though national pride is paramount, there is a prize pool. The total prize pool for IESF’s 11th Esports World Championships shall be USD 25,000.00 for all three events, including the overall champion which is awarded to the nation that wins overall. IESF’s 11th Esport World Championship Seoul 2019 shall be held from December 11th to 15th, featuring three (3) game titles, being; DOTA 2, Tekken 7 and eFootball 2020.


The call went out on 9 August 2019  for every member club to have its say apropos MSSA's 2020 Calendar of Events.

On the whole there was very positive feedback with only a few changes suggested.

The following calendar of events will be presented to the Annual General Meeting for final ratification, at which AGM  the Calendar  of Event shall become final.

MSSA's Calendar of events for 2020 is as follows:

MSSA acquires yet another member.

Mind Sports South Africa (MSSA) is already the largest membership based organization for esports in South Africa, and even in Africa.

Clubs around the country realize the importance of belonging and participating in the close-knit community where every club has a voice on how esports is run.

Thus it it is no surprise that Sigma eFootball Club has recently affiliated to MSSA.

The purpose of the Sigma eFootball Club is to spread kindness, compassion, professionalism and acceptance of esports as a viable sport and career within the community, in particular eFootball.

Sigma eFootball Club members participates in activities that help promote these ideas. Members compete in FIFA and PES tournaments at the highest level in South Africa. Sigma eFootball hosts an eSports Friday League, it’s own tournaments, and much more.  Members also engage in an open and honest dialogue about the future of gamers in esports and beyond, also how Sigma eFootball can bring about positive change to the world through gaming.

MSSA is confident that Sigma eFootball Club will make a positive contribution to esports in South Africa and that the club will enjoy a long and fruitful association.

NIGERIA E SPORTS ON THE MOVE

The Nigerian Esports Association, the governing body of gaming activities in the country, has received a major boast in its activities towards promoting and developing esports  in Nigeria.

The Permanent Secretary in the Ministry of Sports and Youths Development in Nigeria, Mr Olusade Adesole, gave the words of encouragement to the Esports team while chatting with the president of the Nigerian Esports Association, Mr Agbor Clinton, at the MKO Abiola national Stadium Abuja.

Mr Adesole the permanent Secretary of Sports and Youths Development commended the president of the Nigerian Esport Association, Mr Agbor Clinton, for championing esports activities in the country.
Mr Agbor Clinton then pleaded the Sports Ministry to assist in the actualization of esports dream in Nigeria.

Mr Agbor Clinton said that the Nigerian Esports Association is 90% ready to join the league of esports nations in the continent of Africa  and expressed his confidence that the Nigerian Esports  Association will meet the requirements of affiliation and has expressed total loyalt  to the continental president of esports for his leadership role in Africa esports confederation.

Mr Agbor Clinton then added that arrangements have reached advance stages to make colleges and universities the main driving force in actualizing the dream of esports in country. Colleges and universities constitute the largest percentage of esports players and as such the Nigerian Esports Association is working with institutions to enhance the success of the gaming in the country.

Meanwhile the Nigeria esports Association is warming up in readiness of international friendly matches that will put some esports players in good shape ahead of the world championship in South Korea in December 2019.

There is no other esports organisation in the world that does as many types of championships for its members.


Mind Sports South Africa (MSSA) works extremely hard in trying to develop its players so that the players may represent South Africa with pride.

Thus the school events remain MSSA's foundation as without a comprehensive policy at school level, the standard of South African gaming will never improve.

MSSA thus runs the following types of events for esports: