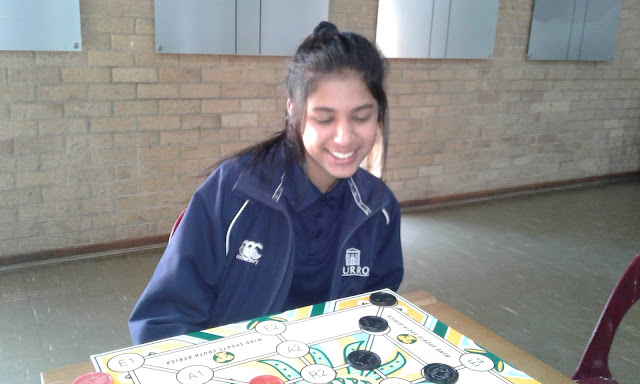 Mind Sports South Africa's  South African National Board Games Championships shall be held at Old Edwardian Society, 11 Ninth Avenue, Lower Houghton, on, 12 December 2020.
To take into account current COVID-19 Regulations at the date of announcement, the event will only allow 30 entries on a first-come-first served basis. No spectators shall be allowed and umpires shall enforce other regulations.
The event counts as a  qualifier for the 2021 National Team Trials.

The following periods have qualified to be played, and shall be, should sufficient entries be received:
In keeping with Mind Sport South Africa's policies re development programs, entries are free and gratis to registered players who are unable to afford to enter such championships should the member club formally request assistance. Such applications must be directed to the MSSA at: e-mail: mindsportscorrespondence@gmail.com
Entry fees are:              R100.00 for board gamers.

Players are reminded that the majority choice of rules as at the closing date for entries shall be used.
All entries must be entered onto the club's Google  Drive before or on 30 November 2020. Clubs must use the entry form on Google Drive to enter their teams/players. The entry form can be found on https://docs.google.com/spreadsheets/d/1_ERR6815uVjSMu4t5KkRxYqGJ_AA88kkz31qRgksASc/edit#gid=287696184. The entry form must be downloaded completed and e-mailed to mindsportscorrespondence@gmail.com.
The following Medals may be awarded at the Championship:
Colours and National Team Trials: