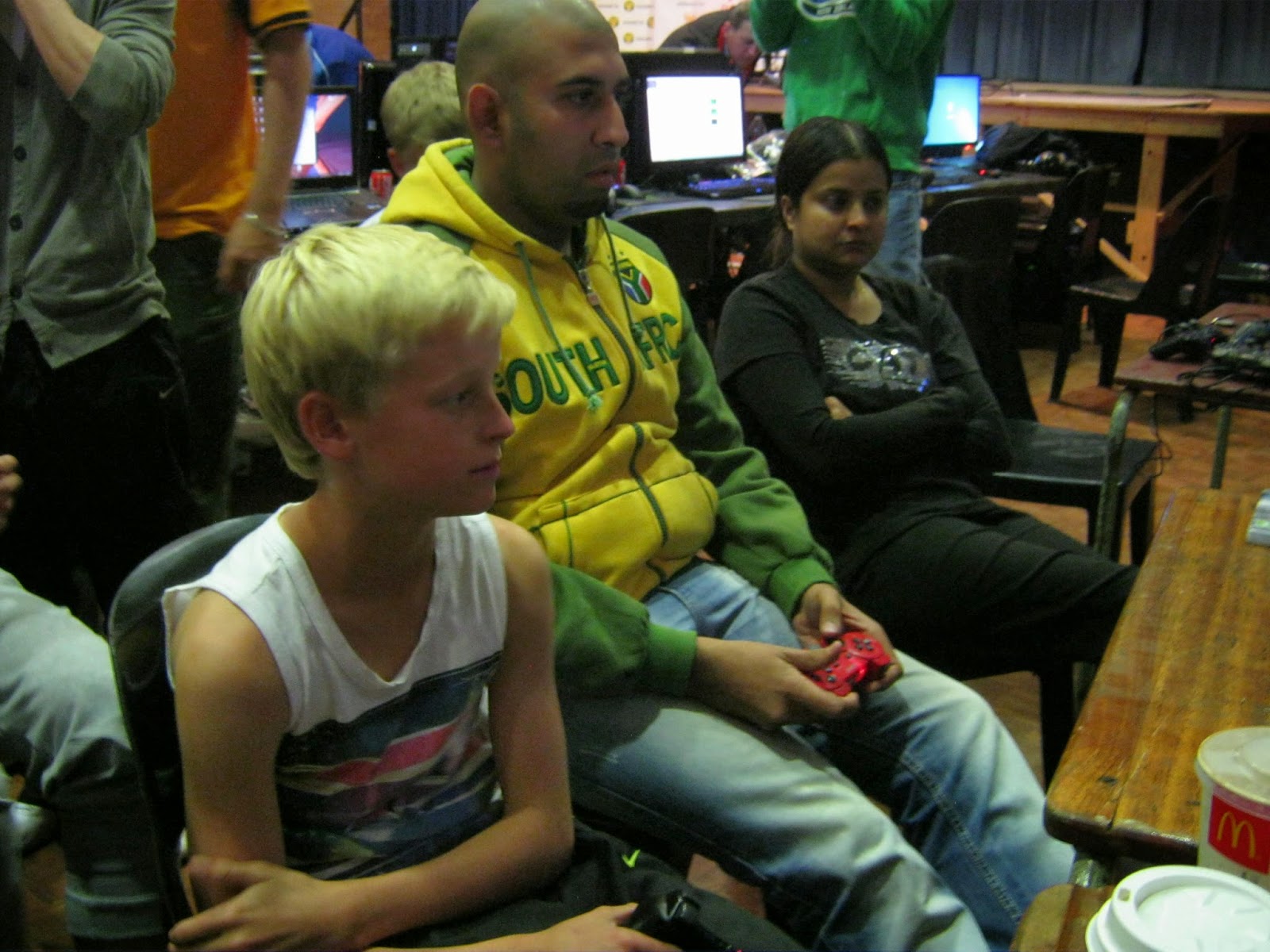 The 2013 MWEB Mpumalanga Championships in May 2013 delivered a number of surprise results where the 'Old Guard' was taken down by the 'New Turks'.

Of the surprising results, probably one of the most notable was the victory achieved by the young Kyle Turnbull.

Kyle Turnbull then only competed in the 2013 MWEB South African National Championships in December 2013.

Again Kyle showed his true form and skill and totally dominated the rest of the field. At times it seems as though Kyle is at one with the controller.

Kyle waltzed through all of the opposition to win all the games that he played.

Kyle walked away from the SA National Championships as the most decorated player ever from any one MSSA event.


Now with the 2014 MWEB Mpumalanga Championships just days away (24 & 25 May 2014), all eyes turn towards Kyle Turnbull to see if he can remain unbeaten on his home turf in the popular game of FIFA'14®.

With the MSSA going to be engaging in a number of international on-line test matches in the game, the other top players are all deep in training as without doubt, Kyle Turnbull is now the front-runner in the game and for a place in the official national Protea Team.
Posted by Angellah at 14:24
Email ThisBlogThis!Share to TwitterShare to FacebookShare to Pinterest
Labels: Abubakar Ebrahiem, FIFA '14, IeSF, Kyle Turnbull, Mikkael, MSSA, MWEB, Protea