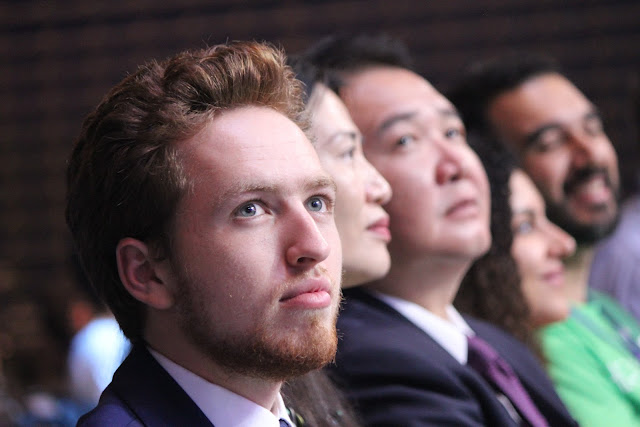 It is IESF's duty to protect all players who participate in IESF events.

The Players' Commission has no role in any selection disputes, disciplinary hearings or anti-doping involving athletes. The Commission serves a far greater purpose and that is to represent the athletes' best interests to the IESF Board.

The founding and current Players' Commission consists of Jason Batzofin (Mind Sports South Africa), Koen Schobbers (Netherlands), and Madeleine Leander (Sweden). This will be the end of their full term and thus a new election will be held.

Each National Federation’s Players Representative shall have one vote each and shall elect six members of which half shall be male and half shall be female.

The voting shall take place at IESF’s 2019 World championships, and IESF shall make a venue and time available for all the National Federation’s Players’ Representatives to meet.

It is at such meeting that the various National Federation’s Players’ Representatives shall state which of their number are making themselves available for election.

Only should there not be sufficient numbers for any one gender, then members of such gender may offer to stand for election even though they are not National Federation’s Players’ Representatives, but as long as they are team members at such World Championships.


To be a National Federation’s Players’ Representative, such athlete shall:

IESF President, Coin Webster, stated, “IESF is proud of the contribution made by the members of the inaugural commission. All members worked well during their term of office and have created a culture within the commission that will ensure that all esports athletes are protected.”


“All that remains to be seen is, who shall be elected into office in 2019.”
Posted by Jay at 20:45
Email ThisBlogThis!Share to TwitterShare to FacebookShare to Pinterest
Labels: commission, eSports, IeSF, International Esports Federation, Mind Sports South Africa, MSSA, Players