The WFH League is back for Season 3! 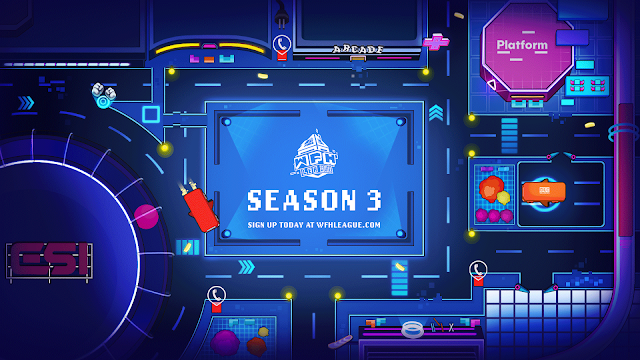 Following on from the success of the competition last year, Esports Insider is proud to announce the return of the WFH League for a third season.

Co-operated by ESI and Platform, the ‘corporate’ esports competition sees colleagues team up and go head-to-head against other companies in a multi-game tournament series.

This year, however, the event is expanding even further with WFH League Season 3 featuring three campaigns - Spring, Autumn, Winter - across 2021. The first of which will take place online from May 10th - 30th.

For our Spring event, three tournaments will take place as companies put their pride on the line (kind of) in Rocket League (3v3), CS:GO Wingman (2v2), and Brawlhalla (2v2).

Eight teams will compete in each tournament for prizes and the chance to gain WFH League eternal glory. In past seasons, the likes of Razer, Noblechairs, and G-Science have provided prizes for the event.

In a joint statement by WFH League’s Co-founders, Esport Insider Managing Director, Sam Cooke, and Platform COO, Nicolo Portunato, the duo commented: “We are extremely excited to announce the return of WFH League for its third season. After a successful 2020, we have upped the stakes by adding three seasonal events this year for Season 3 and we cannot wait to see everything unfold on May 10th!

Last year we very much found our feet and made significant improvements from Season 1 to Season 2, which was nicely reflected in the viewership on Twitch. We really appreciated the support of the industry and community, indeed all those involved in making it happen, and we can’t wait to kick off our third season, especially since in the Autumn it’ll include our first IRL edition at Platform in London.”

As in previous editions, WFH League has partnered with UK-based charity SpecialEffect in order to raise even more money for a good cause. Over the last two seasons, all those involved with the WFH League helped to raise over £3,500.

Tom Donegan from SpecialEffect said: “The WFH League was one of the highlights of 2020 and we’re delighted to be the charity partner again in 2021. Gamers raising money to support their fellow gamers, while having a laugh at the same time – it doesn’t get much better than that!”