There still remains a great deal of confusion about Team eSports South Africa. Suffice it to say that the general requirements are the same as any other sports code in that to even be considered for selection you need to be a member of an affiliated club.


What does the MSSA do for Team eSports South Africa? 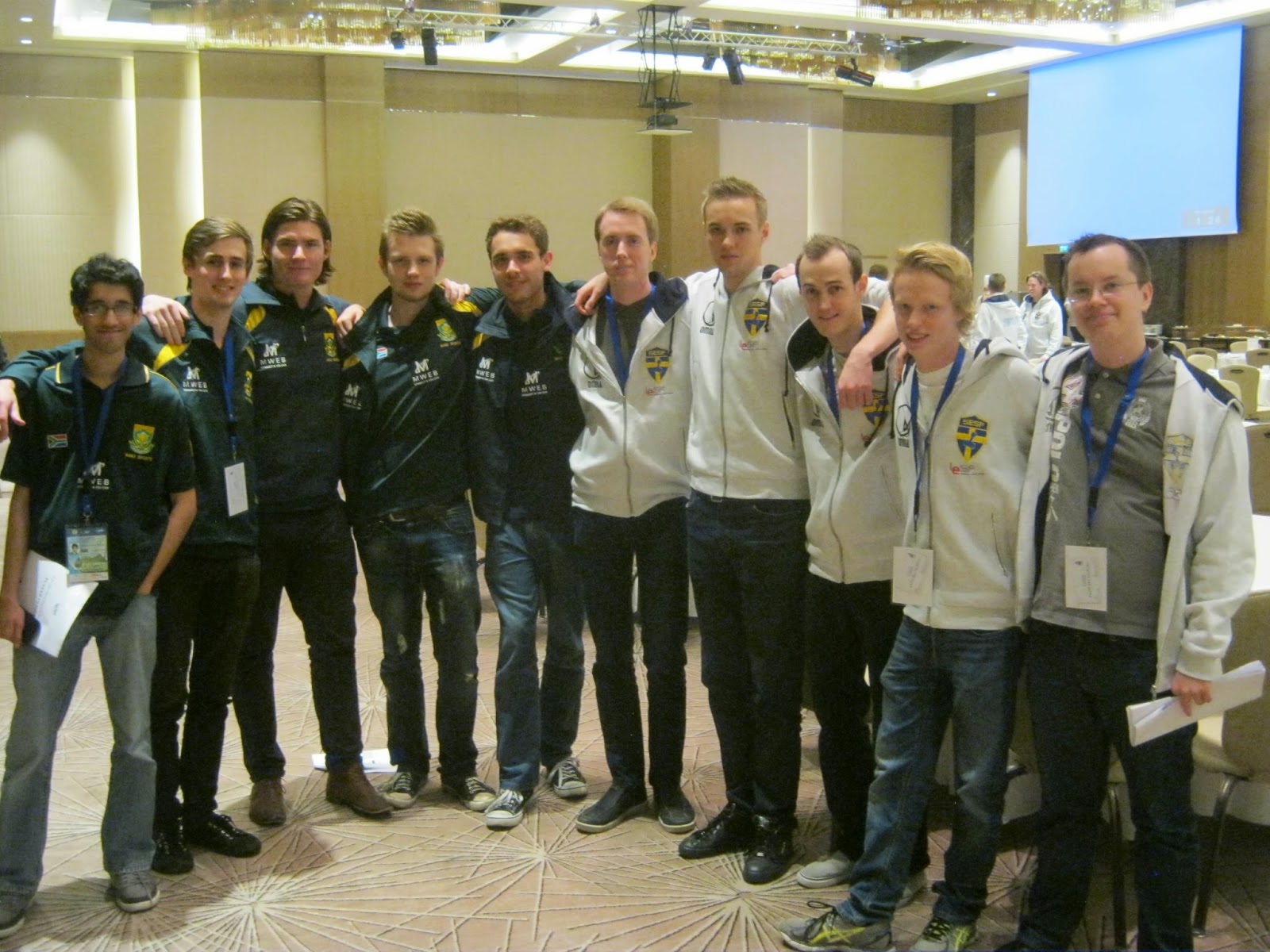 The MSSA’s eSports teams probably get the lion’s share due to eSports being more marketable than the other disciplines.

All of the MSSA’s eSports teams are given all of their kit free, the teams that travel also have all their accommodation and travelling costs paid on their behalf. Thus, every MSSA team that has attended the WCG, Dreamhack, LG, and IeSF events since 2005 has only had to worry about their own spending money. The same remains true for the team that the MSSA sent to Namibia.

Unfortunately, the MSSA is not a rich body, so the MSSA has to budget carefully, and often has to just ‘make-do’ with what is available. Of course, the greater the membership, the more that can be achieved!

May Team eSports South Africa belong to an existing clan/team?

The short answer is yes. A player will only be selected to represent South Africa if he is a member of a club affiliated to the MSSA, so that is really not an issue! The membership that the the team member has does not just disappear when the player is selected for national duty.


Is the national team allowed to enter private tournaments like the DGL?

Why do the members of Team eSports South Africa need to sign a contract?

All members who are selected to, and join, a national team are given a contract to sign. If the gamer has not yet reached the age of majority, the legal guardian signs the contract.

Essentially, if the rules are broken, there may be a financial implication as well as a disciplinary implication. Depending on the severity of the breach, action may be taken by the International Federation concerned, SASCOC, or by the National Federation.

Can you just name your team the National Team? 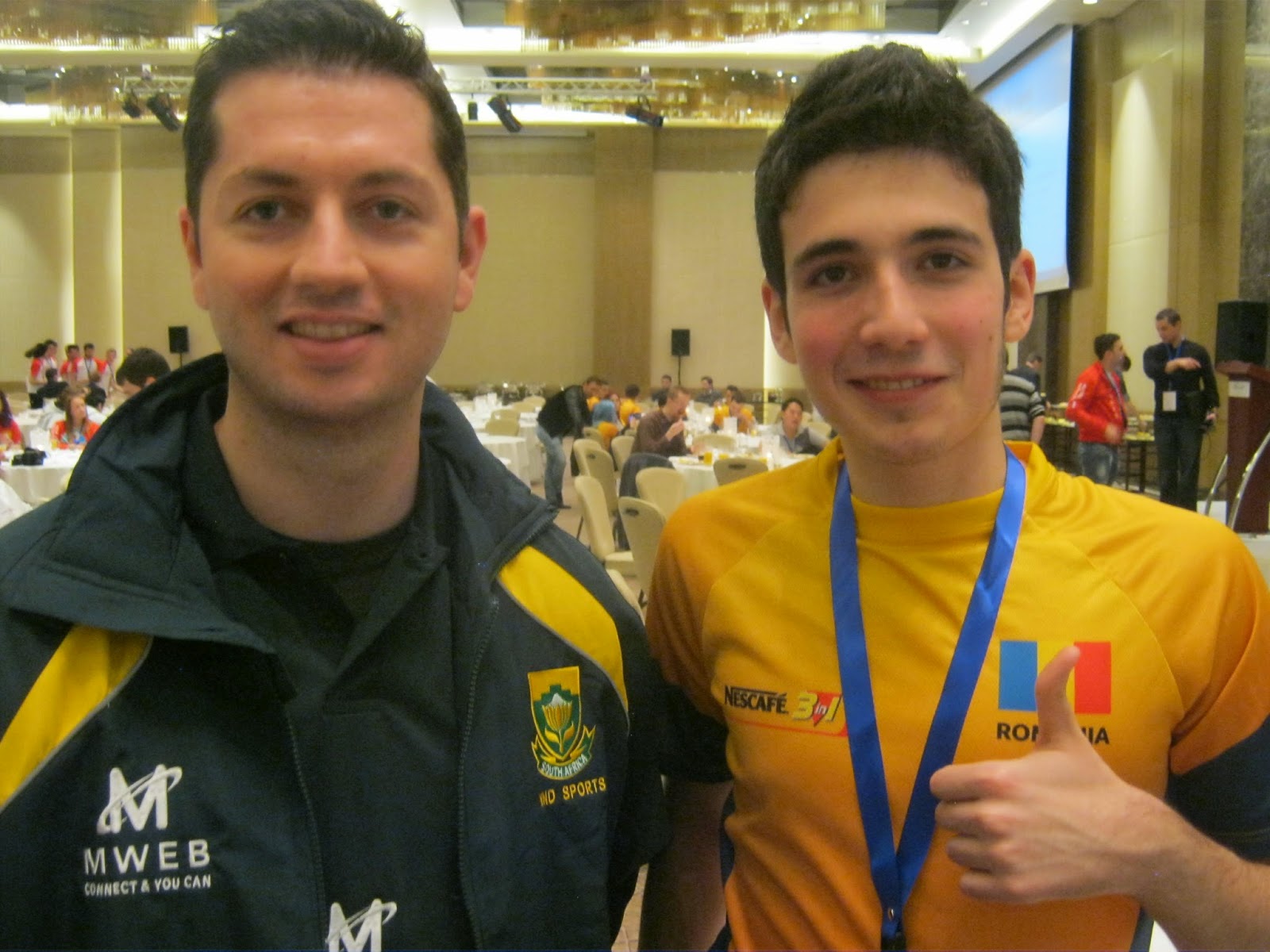 When you officially represent South Africa in eSports, you get either National Federation Colours or Protea Colours. When you just name your team as a national team and you have not been properly selected, the media, public at large, etc. do not care what your achievements are. A properly selected team will have their results archived, and the results, if good enough can be used for other awards at government level. Unfortunately, results obtained by an unofficial team are never included in such events. The Colours that an official team has been awarded are almost as good as currency. When players are awarded National or Protea Colours, such gamers are also able to apply for sports bursaries.

Does the National Team have to abide by a Code of Conduct?

Indeed it does! The Code of Conduct that a team has to follow is an amalgamation of what the South African Sports Confederation and Olympic Committee (SASCOC) and the National Federation expects. Obviously the player representing South Africa has to hold him/herself to a higher standard than the average gamer as so much more is expected of the team member. This way all the parties concerned, the sponsors, the MSSA, the IeSF, and the gamer are protected. The Code of Conduct is not onerous, but largely common-sense.
In short, it is how you would expect someone to behave if they were representing you!

Are there legal implications when a team calls itself the National Team and it has not been selected by the MSSA?

Certainly there are legal implications.
Only the MSSA has the right to select the National Team, and any team that tries to usurp the name is acting in a fraudulent manner.

Is the MSSA a government body?

All sport in South Africa is run according to the Sport and Recreation Act, No 110 of 1998 (as amended).

According to the Act, the bodies that are recognized by the government and by the Department are the sole authority for the sports under their control.

All sports are thus run according to their own Constitutions which are in turn decided upon by their members.

Also, because of the legal nature of the federations, no one owns a federation. Thus federations are free of the ownership issues that haunt the privately owned companies.
However, even though the MSSA is governed by the said act, it is important to remember that the MSSA is a private association of members.

Some Gamers state that there is too much “politics” in the MSSA, is this true? What kind of politics is involved?

Politics affects every aspect of life.

Because of the system, members can negotiate, from time-to-time, the introduction of new titles, the attendance of the team at different events and so forth and so on. Without politics, you would have an overbearing tyrant ordering things to happen without the option of negotiation.

All decisions are made through a democratic process, and it is the majority opinion that holds sway!

Is their a difference between officially representing SA in eSports as opposed to any other sport?

Are the criteria for the National Team as stringent as the Protea Team?

The criteria for choosing a team which will only be awarded National Federation Colours are less, and not as stringent, as those for a National Team that is awarded Protea Colours. A team without Protea Colours for example does not have to comply with the passport requirement. No player can be awarded the Protea emblem if he/she does not have a South African passport, although support staff do not need to meet such a requirement.

Many gamers quote past mistakes as to why they will not affiliate with the MSSA, why is this wrong?

Obviously the past affects the future, however it is a sad world when people cannot re-evaluate the past and move forward! Every now and again you can hear gamers say, "Oh, but three years ago....".  Certainly the MSSA made some mistakes in the past, but a lot of what it did was right. The real issue is, what the MSSA did was different. It is that difference that a few gamers cannot understand, and are thus opposed to it.

However, if a gamer is of the belief that they can do better, good, welcome aboard…..
Everybody who feels that they have something that they want to put back into eSports should join. If you want the accreditation for being a great player, you should join.

Those who join will have the wonderful adventure of being part of something that will leave a legacy for others, you should join.

There are just so many reasons why a person should join….

Some of the reasons are:
Posted by Angellah at 23:22
Email ThisBlogThis!Share to TwitterShare to FacebookShare to Pinterest
Labels: DGL, DreamHack, eSports, LG, MSSA, MWEB, National, Protea, South Africa, Team, WCG