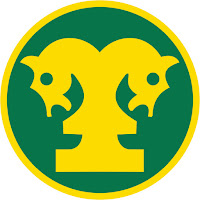 There is a great deal of talk in sport by both the Department of Sport and Recreation (SRSA) and SASCOC about having succession plans in place.

On the face of it, this makes sense.

Who does not want stable organisations that year-in-and-year-out follow the same policies and are governed by the same type of people?

But like all things there is the short game plan and the long game plan!

The succession plans advocated by SRSA and SASCOC, in my opinion, are short game plans.

The reason I maintain such is that such succession plans create:


The MSSA is just one National Federation (and may be the only one) in South Africa that advocates a far more open system.

In the MSSA's system, any Registered Player may be elected onto the Management Board.

Such system thus makes it impossible to control who is, and who is not elected onto the committee as every single member club has the ability to vote.

This is just one of the reasons why the MSSA was illegally suspended by SASCOC. The MSSA refused to implement the SASCOC succession plan.

As a result, the MSSA seems to be more unstable, but in truth it is not.

Committee Members that do not perform are quickly replaced, while those that are energetic and willing to work, can quickly make a difference.

Not only that, but the Management Board tends to represent the wishes of its members and thus can adapt quickly to the changes in society.

Thus, there are no 'holy cows'. Everything is reviewed, and the strongest survives!