"Once more unto the breach, dear friends, once more!" 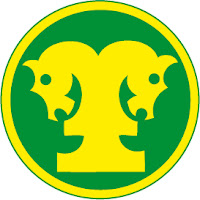 As in the past when only the MSSA would stand up in SASCOC meetings and vote against unsound policies, it seems as though only the MSSA is speaking out against the Minister's proposed amendments to the Sport and Recreation Act.

In a recent press release by the MSSA, which was also apparently sent directly to the Minister, the MSSA stated:

“In short it is hard to believe that any lawyers actually wrote such amendments.
It is also believed that the MSSA has sent the comments to each and every National Federation in the country, as well as to SASCOC, in order to make them aware of the changes and to make them aware of the effect that the amendments will have on all sport in South Africa.

So, again, the MSSA like a noble knight upon a white charger, defends the many when those who are far more capable, in terms of manpower, resources, etc., choose to remain silent!

The full MSSA comment on the proposed amendments may be found on http://www.news24.com/MyNews24/The-MSSAs-comment-on-proposed-changes-to-the-national-sports-and-recreation-act-20150727
Posted by Angellah at 08:28
Email ThisBlogThis!Share to TwitterShare to FacebookShare to Pinterest
Labels: amendments, legislation, Minister, ministry, MSSA, News24, outcomes, Recreation, SASCOC, Sport