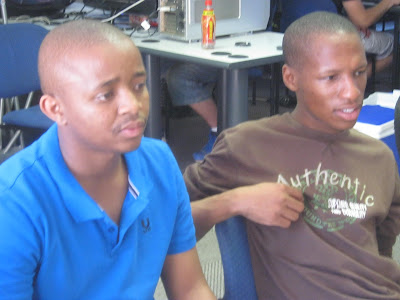 On Wednesday, 27 May 2015, the Minister of Sports and Recreation announced that a number of national
federations had further committed themselves to transformation.

My last article on transformation created so much ire among gamers that I received over 500 responses. Unfortunately few were able to be posted due to legal constraints.

However what is important is that transformation affects ALL sports and ALL of South Africa.

On re-reading these comments, I am struck by the naievity of the gamers concerned.

Transformation exists in every aspect of South African life, and no matter if people oppose it, it will be enforced.

Just how it is to be enforced rests with the 'Powers that are'.

Many sporting bodies have gone for the easy route of applying draconian quota systems and by writing transformation into their rules and regulations. Such moves have created a great deal of unhappiness among the sportsmen/sportswomen concerned as some have felt that they have been denied the opportunity to compete at the very highest of levels and feel that they have been denied selection to national teams.

Some  national federations have just buried their heads in the sand and have hoped that the problem would go away. However, that is not going to happen.....

Federations like Mind Sports South Africa have taken a very different approach. The MSSA is active in creating clubs that will cater for the majority of South Africa's population, and have active policies to promote a more sustainable form of development. The MSSA too has come out strongly against the imposition of quotas in the belief that the attempt to force quotas is actually illegal.

After all, development in sport is dependent on transformation in the economy.

It is not possible to get volunteers where people do not have enough money to feed themselves. Nor is it possible to get people to play games when they lack the basic infrastructure, and also lack the equipment that they need to play.

With such high figures of unemployment, transformation requires an active mentor system by ALL.

Every clan and club should be concerned with transformation. Of course it can all be funded at club level by the National Lottery.

The biggest problem is, quite frankly, that if we do not see it as all of our duties, it may not be long before the rules change, and a form of transformation is thrust upon the gaming community.
Posted by Angellah at 22:19
Email ThisBlogThis!Share to TwitterShare to FacebookShare to Pinterest
Labels: athletes, cyber, eSports, federations, MSSA, quotas, South Africa, Sport and Recreation, transformation