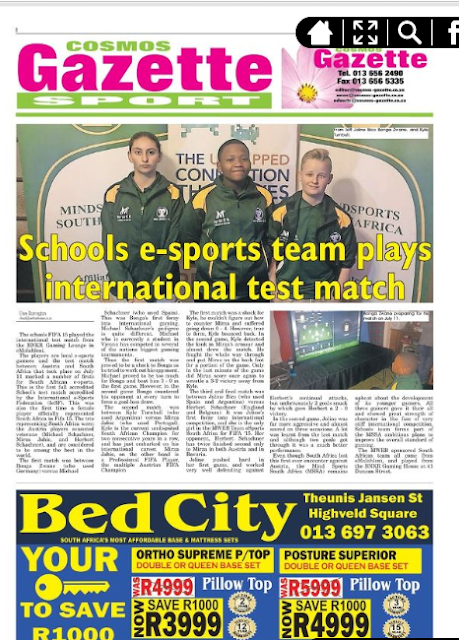 There is a growing need for smaller clubs to get as much press coverage as possible.

The reason for such is that there is a direct correlation between press coverage received and the ability to earn income from sponsorships.

Thus MSSA has always tried to give its member clubs as much publicity as possible when reporting results and selecting teams.

However, it is often felt by MSSA that member clubs do not take advantage of MSSA as what they are entitled to.

For example, MSSA Regulations practically enforce MSSA to advertise a member club's events – as long as it does not clash with an MSSA event, and timeous notification is also given.

Not only does MSSA give member clubs coverage of club events, of teams doing well at provincial and national championships, but also gives clubs the opportunity of gaining extra coverage by hosting MSSA events.