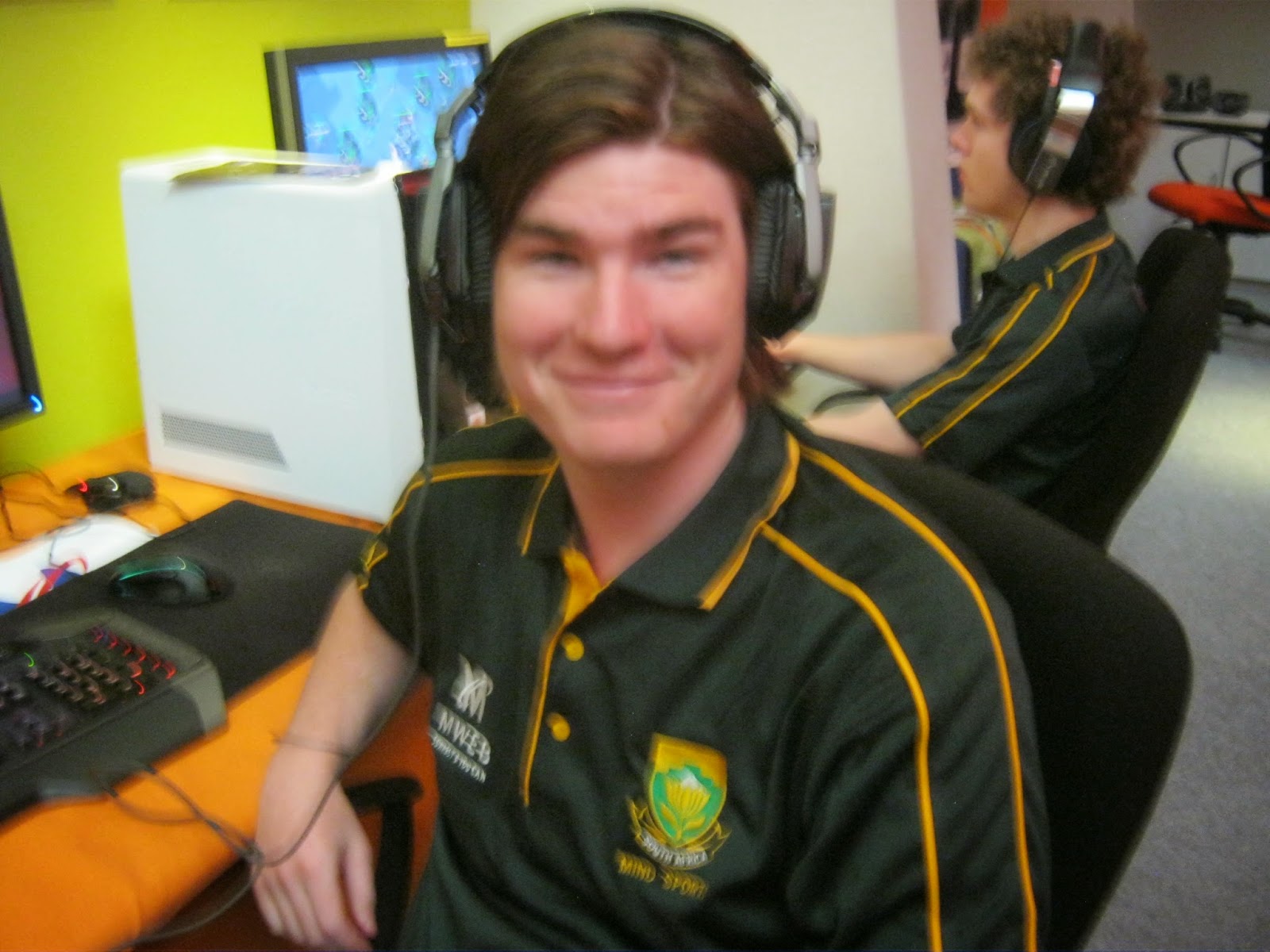 Ion Todd could not ask for a better 21st birthday present!

Ion Todd (from Cape Town) is the captain of South Africa's MWEB Dota 2 Protea Team which played against Namibia in an IeSF Test Match on Saturday, 25 October 2014 in a bid to ready itself for the IeSF's 2014 World Championships to be held in Baku from 12 to 17 November 2014.

The MWEB Dota 2 Protea Team is now beginning to look almost like a veteran team of cyber-athletes. After having previously pitted their strength against Egypt and Finland in two  IeSF Test Matches, the team has learnt many valuable lessons and has been able to sort out many of the weaknesses that they may have had.

It  was clear right from the onset that the South African team had the upper hand, although the Namibian team captain, Johan Otto, proved to be no slouch and lead one defiant attack after another.

However, the South African team  brushed off the attacks and slowly and deliberately built up their attack. By the time that South Africa was ready, Timothy van Reenen Mostert was almost unassailable on the field of play. With Timothy working in close co-operation with Dylan Henderson, there was little that the hapless Namibians could do to stop the rampant South African team. As a result, South Africa won both games to take a 2 - 0 victory. South Africa won the first game 37 -14 and won the second game 48 - 30.

Not only that, but the game held at MWEB's MCave saw each of the five South African player's earn their sixth cap.

The awarding of the sixth cap means that this team is without doubt the most internationally tested Dota 2 team that will depart South Africa for the IeSF's 6th eSport World Championships in Baku.

The MWEB Dota 2 Protea Team that beat Namibia consisted of:


Thanks to the governing Sports Body, Minds Sports South Africa (MSSA) and the support given by MWEB Gaming , the South African participation in such test matches is becoming a regular occurrence.

Test matches between South Africa and Namibia are al;ways entertaining with a great deal of honour on the line.

For more information on the MSSA review out the site on http://mindsportsa.co.za/

--Ends--
About MWEB
Since 1997, MWEB has been championing a free web in South Africa. It has led the industry from the start with the introduction of the Internet to South Africans to the launch of South Africa’s first Uncapped ADSL product. Today, MWEB provides Internet connectivity and solutions for home users, business owners and large corporates.