It's all about the money! 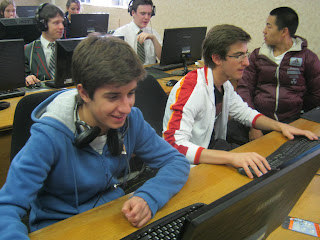 I am always amazed at this time of the year with all the gamers claiming to be 'professionals'.

For the vast majority of gamers nothing could be further from the truth.

However, this year a youngster bragged to me that 'gaming owes him a living'!

Nobody is owed anything in this world unless there a clear indication/contract by the other party that there some form of payment to be made in lieu of services rendered.

The act of a person who willingly becomes involved in a sport does not create that contract, unless such person is employed to play for his/her employer.

If there isn't a contract stipulating employment, then that gamer is just an amateur.

That is if the gamer is playing for a non profit organisation.

I am of the opinion that due to the definition of the word 'remuneration' in the Basic conditions of Employment Act, that gamers who are playing for companies are being paid remuneration when they earn prizes of any form. This has serious implications for the company and the gamer alike.

Obviously the company will have to comply fully with the Basic Conditions of Employment Act.

For the gamer though, it means that he/she will have to enter into a contract in which his/her conditions of employment are stipulated.

Thus it stands to reason that only the gamers that play for companies of a profit making venture (like bvd, ventus, and the like) are proper professional gamers and possibly entitled to all the benefits that the Act allows.


Gamers who do not receive remuneration for the gaming, however, are not professionals and whether or not they earn prize money, are amateurs.

However, may be wrong, and if I am, I would like to know why.
Posted by Angellah at 15:08
Email ThisBlogThis!Share to TwitterShare to FacebookShare to Pinterest
Labels: amateur, Basic, Bvd, employment, eSports, gamers, gaming, professional, profit, ventus