Pros vs. Amateurs – Gaming for Dummies 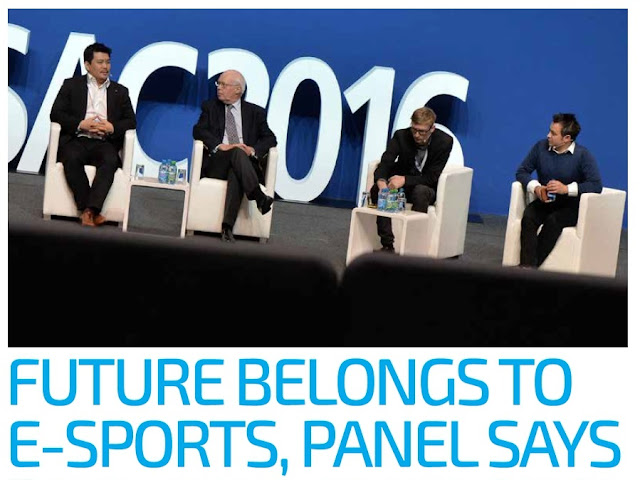 A panel discussion, entitled ‘Pros vs. Amateurs – Gaming for Dummies’, was held in SportAccord Convention, last week on April 21th, 2016.

Among the various issues raised, the recognition of e-sport as a true sport was the hottest topic of the day.

“Sports needs to look at the real evidence of what is happening. It needs to embrace it and needs to participate with it. Otherwise, the sport we understand could get left behind,” said Patrick Nally, portraying the importance of the how e-sports should be perceived. Mr. Nally then went on to add, “Now it is the time to embrace it, not be fearful of it, not be frightened of it, and bring it to be part of your international federations,”

Alex Lim commented on the significance of e-sports and what it can bring to our next generation. Mr. Lim stated, “As being with sports society, IeSF want to give e-sports participants legacies and public structure developed from sports society where they can access to life skills, education, and careers as well. Although lots of young people are leaving from the sports scene right now, if sports society can use e-sports as a channel to bring young people back to the sports scene, I think that will be wiser,” and emphasized the social functions that e-sports offer. 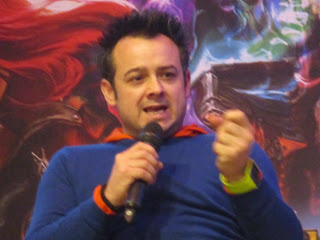 Prof. Andy Miah mentioned that there has been countless number of sporting activities which have


aligned with the current digital innovation. Prof. Miah added, “Speaking to people working at the innovation side of it, I think there is the strong sense of people wanting get on board now to be part of e-sports movement”

Regarding the possibility e-sports as an official sporting event, Prof. Miah added, “The Olympic movement is about supporting and motivating and incentivising the youth of the world. There is a significant party of that community entering into e-sport. In order to fulfill that obligation towards that group, it has to be connected to sports,”


Mr. Byung Hun Jun, President of IeSF also stated, “By taking part in 2016 SportAccord Convention, IeSF has met various international sports society members and communicated in being a true sports. If the recognition of international sports authorities is in realization, more countries will be able to enjoy e-sports as true sports and expect to stand proudly in global sporting events. Through the introduction of the Global e-Sports Academy, IeSF is developing an on/offline education program for referees and broadcasters this year. The program will in the next coming years into marketers, coaches to support athletes career transition. Also, the 8th e-Sports World Championship will be held in Jakarta, Indonesia, in October to continue the sole international e-sports event. Hope Korea and global e-sports fans could give a lot of love and support,”
Posted by Angellah at 11:51