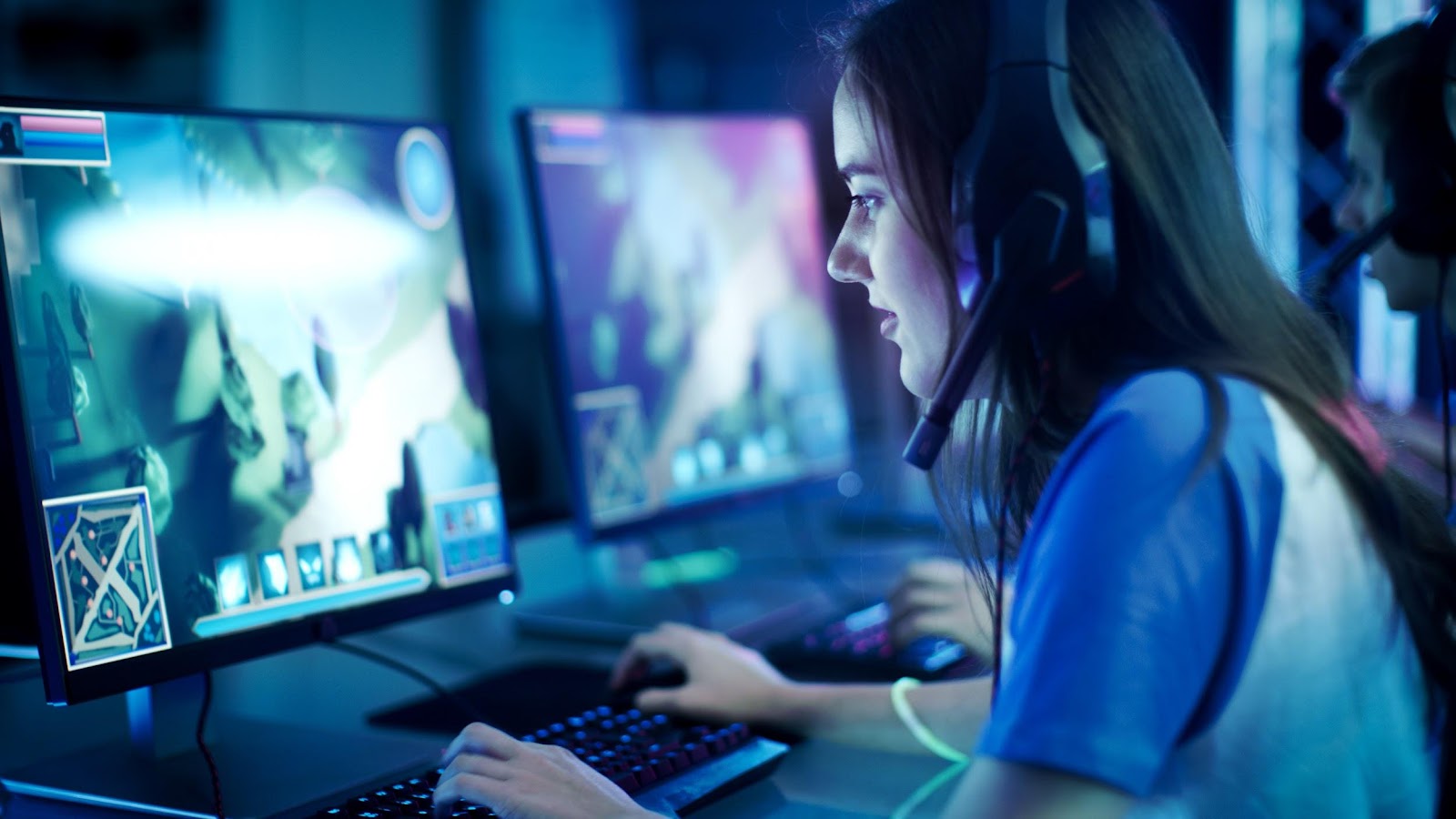 It’s difficult to say if the players of Pong (1972) ever saw where this humble beginning would take player vs. player video games in the five decades that have followed. In 2020, competitive gaming has reached new heights, leaving the bat and ball behind in favour of high-octane games with crisp graphics and split-second decisions that cost or win players prizes that some traditional professional sports players won’t see from earnings for years.


Case in point, each of the five winners in a major esports tournament last year walked away with more than the total prize pool of the Tour de France.

‘Esports is a newly-burgeoning industry, but there isn’t an aspect of the world's economy that isn’t touched by it. It’s not just as a professional esports athlete in which careers can be forged, but in direct services as well such as coaching, medical support, and administration. Opportunities also lie in all the auxiliary service, such as media, events, travel, education,’ writes Colin Webster, of the South African esports association Mind Sports SA.

In 2018, South African esports players made over R3.78mil in winnings alone, not including sponsorships, and in 2019, the biggest local player, Aran Groesbeek, took home over R180 000 during the course of the year. Although a small portion of the $1billion global esports industry, South Africa’s economy is sure to see an uptake thanks to local efforts within the gaming scene.

PUBG Mobile’s Tramayne Monaghan says, ‘Until now the South African gaming economy is still nascent. But PUBG Mobile is here and proving that the gaming economy, across a variety of verticals, can add to the economy. Our hope as Tencent Africa is that the success of this game breeds a new and strong gaming economy for developers, influencers, casters and referees.’

Crucial to a country in need of a solution to high-end esports gaming rigs that can rack up into the tens of thousands, mobile gaming is on the rise.

Sam 'Tech Girl' Wright, esports host and presenter writes, ‘Mobile gaming has grown so much in the past few years on the global stage. Locally mobile esports are more accessible to a diverse range of gamers and allows someone to get involved in competitive gaming without the financial outlay for a big rig to play on. PUBG and Tencent's investment in the mobile competitive scene globally for PUBG Mobile has been a huge push towards even more growth, and I think South Africa will feel that impact soon.’

PUBG Mobile’s focus on esports at tertiary-level is part of a greater campaign to boost the South African esports scene.

‘We know that in order to have a healthy esports community it’s imperative to have a thriving casual community. Our focus is to grow our base in order for this to feed into the esports arena. We will do our bit in making sure that we grow the SA and African base inorder to support them on the global stage,’ says Tramayne Monaghan, Head of PUBG Mobile in Africa.

PUBG Mobile is currently undertaking a ‘Play It Forward’ project that will see students at participating tertiary institutions battling in-game to win one of two student bursaries of R25 000 each.

On the campaign, Monaghan has called the initiative ‘part of our broader plan of making sure that gaming is more accessible, that gaming supports higher education, and - most exciting - that gaming supports positive community involvement. Making a positive impact in the lives of students is big on our agenda.  We know that educational fees can be a huge burden for our players, and we want to do our bit in supporting them with things that really matter in their world. That's what “playing it forward” means to us.’

Interviews with Tramayne Monaghan are available on request. For further information on the ‘Play It Forward’ campaign, please contact Alez Odendaal at Tencent Games.

About #PlayItFoward from PUBG Mobile

The PUBGM #PlayItForward campaign will see big red loot crates dropped around a university or college near you soon. The loot drop will unlock over R50, 000 worth of prizes which includes two bursaries, and loads of spot giveaways like PUBGM merch and Chicken Dinners for students and their friends.

The crates will be dropped at whichever university or college garners the most support from its PUBGM ambassadors. Students can sign up to be ambassadors through the PUBGM website. Each institution will have a unique code, and the more students that download the game with their given code, the more likely it is that they’ll soon be seeing a loot drop on campus. Loot crates will arrive at the two universities or colleges that get the most downloads.

A R25 000 bursary at each institution will be given to the winner of a Single Classic game where the sole survivor takes all. For PUBGM ambassadors at those two universities or colleges, another R25 000 bursary is up for grabs in an ambassador-exclusive game.

Don’t have PUBG Mobile yet?
It’s available to download for free on the App Store and Google Play.

PUBG MOBILE is based on PLAYERUNKNOWN’S BATTLEGROUNDS, the phenomenon that took the world of interactive entertainment by storm in 2017. Up to 100 players parachute onto a remote island to battle in a winner-takes-all showdown. Players must locate and scavenge their own weapons, vehicles, and supplies, and defeat every player in a visually and tactically rich battleground that forces players into a shrinking play zone.