Complexity Gaming does not disappoint at PGL Major Antwerp 2022.


The first day of the PGL Major Antwerp 2022 Challengers stage started with no surprises and all the higher-ranked teams easily took their first-round matches without to much of a struggle.

The US based team 'Complexity Gaming' led by South African Johnny “JT” Theodosiou got off to a rough start losing their first game against one of the tournament favorites. Vitality beat Complexity Gaming by 16to1 on the 'inferno' game module.

The game started with Vitality winning the pistol round and claiming the two consecutive rounds towards the first 'buy' round. In this first buy round. There was hope as Complexity Gaming took the first 'gun' round and was looking to make a good run. Unfortunately, after that 'gun' round in which Complexity was victorious, Complexity was unable to win another round. Vitality thus romped home to the 16:1 victory.

The second-round match for Complexity Gaming was against team 'IHC'. IHC is the first CS:GO team from Mongolia to qualify for a major. Not surprisingly IHC suffered a 16-2 defeat to Astralis in their first-round.

The Complexity vs IHC match was hotly contested with IHC taking the pistol and the following round. Nevertheless, in the 3rd round of the game, Complexity came back strong and was able to steal away the round. Unfortunately, IHC put up fierce resistance an the score was soon 5-1 in IHC's favour.  Under the astute captaincy of  Johnny “JT” Theodosiou Complexity clawed their way back to a 6-6 scoreline.

Rounds continued to be traded until a tie score of 13-13. It was then that Johnny “JT” Theodosiou's leadership shone through, and the team, 'Complexity Gaming' was able to stick to its guns and close out the game with a solid 16-13 win over IHC.

Tuesday, 10 May 2022 will see the third round of the Swiss System being played where Complexity Gaming will take on 'Outsiders' and are hoping to put themselves up 2-1 to fight for their spot in the Legends stage.

Certainly, Complexity Gaming has not disappointd its fans. The two South Africans, Johnny “JT” Theodosiou (Player) and Tiaan “T.c” Coertzen (Coach), in the US based team are both having a sterling performance and are doing themselves proud. 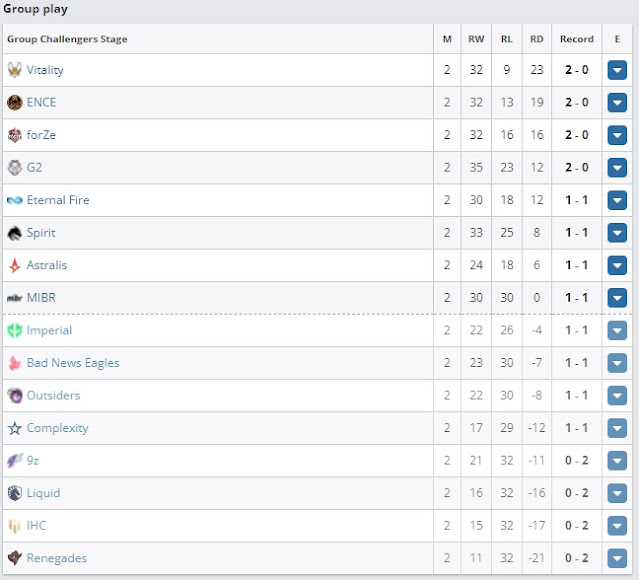 Posted by Esports South Africa, and other games at 11:57