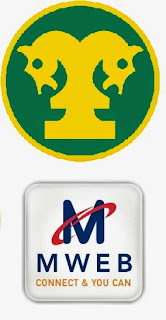 Without doubt the MSSA is one of the most democratic sports organisations that exist - anywhere!

Clubs have a direct influence on the Annual General Meeting and their input is not watered down by artificial district and provincial structures.

Every club gets to see the Annual Financial Statements, decide on who is elected as well as have a say to any changes to the Constitution and Regulations.

And that is probably what irks the 'community'. The 'community' is largely made up of self-appointed guardians who do not have any form of electoral base and are certainly not voted in by anyone.

And that is probably why the 'community' (whoever they are, are so opposed to the MSSA.

The self-appointed 'community' is terrified of having to be voted in. It is after all a very humbling position to be in when you realise that you are not as popular as you thought you were.

But without fail, every year the MSSA holds its elections. Some clubs vote and others do not. Sometimes you get the person you want, and sometimes you don't, but in an organisation made up entirely of volunteers, that is really all you can hope for.

Even though the MSSA only holds its elections in December of every year, the MSSA has already started reminding the faithful of which positions are available. Incredible, the MSSA takes democracy so seriously!


The following positions will be up for election at the 2015 AGM in December 2015:

All nominations may only be made by affiliated members (clubs) which are fully -paid-up as at the date of the nomination.