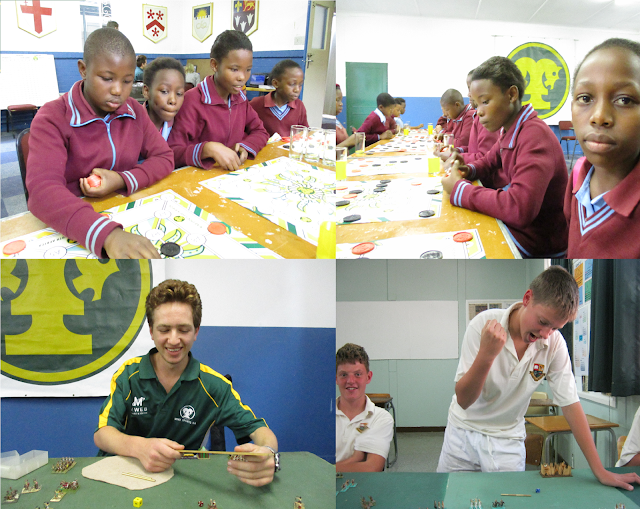 MSSA's Schools Provincial Championships for Board games and Wargames shall be held at:

The championships shall start on both days at 9H00. Players need to register at least 30 minutes before the start of play.

The following periods are to be played should sufficient entries be received.

In keeping with Mind Sport South Africa's policies re development programmes, entries are free and gratis to all players who are currently registered as learners.

All entries, and army lists (if applicable) must be e-mailed to: Ewan Retief at ewan.retief@gmail.com on or before 7 April 2016.

Rules and Regulations: All Rules and Regulations pertaining to board and figure games are available from the MSSA. Players are strongly advised to familiarise themselves with all Period Specific Rules. If any Player wishes to provide advice regarding the drafting of the Period Specific Rules they are encouraged to contact the Figure Gaming Board of Control who will take all comments into account.

The following Medals may be awarded at the MSSA's Gauteng Schools Championship for both females and males: