SA's BOO! Protea League of Legends Team is ranked 15th in the world. 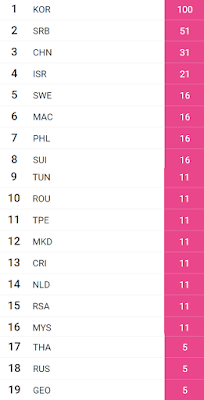 The team (consisting of players from VexxedPhoenix) dominated the South African scene during 2017.

However, luck was not on the team's side when it found itself in Group C with Taiwan, Russia, Switzerland, and Korea in what could only be described as the group of 'death'.

Nevertheless the team gave it their all and the team romped home to victory but succumbed to Korea, Taiwan, and Switzerland.

IESF's 9th World Championships, however, not only showed the character of the team, but also the weaknesses inherent in South African gaming.

Team captain, Brandon Fester, is already busy compiling his recommendations for MSSA's Esports Board of Control.

It is hoped that such recommendations will lead to the development of a more competitive esports scene in South Africa.

Should the scene become more competitive,  with more depth, South Africa will be able to build on the solid foundations created by MSSA's 2017 BOO! Protea League of Legends Team in order to deliver even better teams to IESF's 10th World Championships.

There is no doubt that there is a  lot of work to be done between now and MSSA's 2018 National Team Trials,
Posted by Esports South Africa, and other games at 04:32
Email ThisBlogThis!Share to TwitterShare to FacebookShare to Pinterest