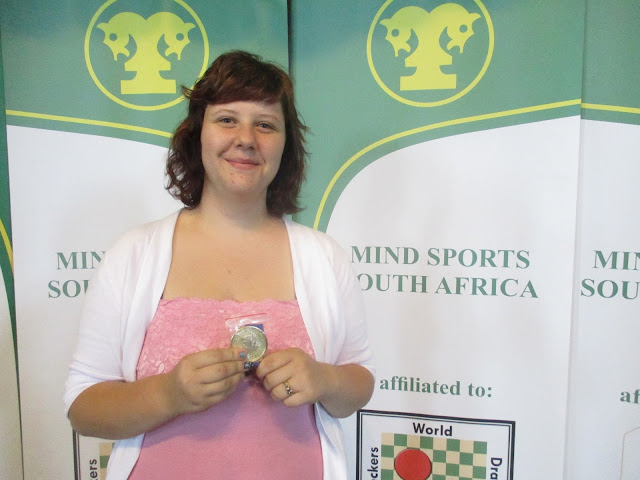 Since the Tuks Mind Sports Club started in 2014, the club has been determined to challenge every title on offer in Mind Sports South Africa’s championship structure.

Thus Sharné Nortjé took to the field in Draughts where she racked up a credible win against the other female competitors in order to take the title.

By winning the title Sharné has earned a place in the 2016 National Team Trials at which a team will be selected to represent South Africa at the WCDF Qualifying Championships.