Top school to earn a boost to its esport programme. 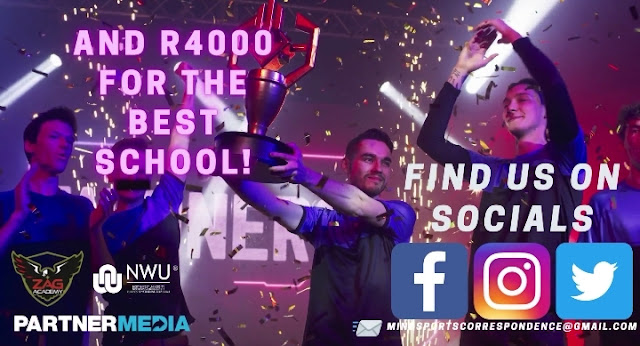 North West University (NWU) has been the proud headline sponsor of the only official school league for esports since 2019.The prize money for the NWU Online School League has been increased to R65,000.00.

Part of the increase is a R4,000.00 payable to the school which earns the most points during the league.

The points earned by each participating school will be calculated on the participation of each learner who plays in the NWU Online School League. Points will be awarded based on the final position of each player.

It is therefore evident that a  school, just by sheer weight of participants, may be able to walk away with the award of top school.

The prize monies will be used by the school club as it sees fit, and in these difficult times, will no doubt be a welcome boost to a school's esports programme.

Titles to be played in the NWU Online School League are as follows:

However, it should be noted that only the following titles count towards the fantastic prizes offered by NWU:

The final distribution has already been decided upon and shall be reported on shortly.