Reallocation of prize money to the FIFA esports title. 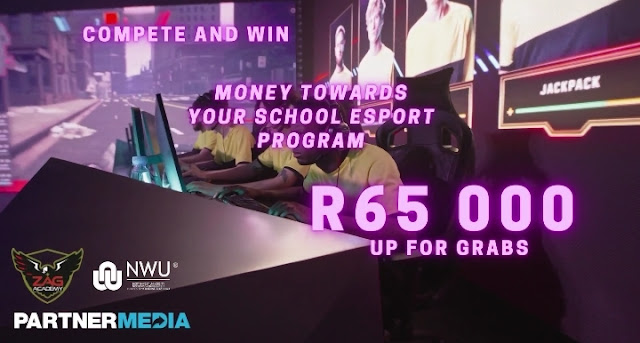 With the MSSA's NWU Online School League about to start on 25th of July 2022 esports athletes devoted to the FIFA 2022™ esports title now stand to participate in the generous prize money as offered by North West University (NWU).

The prizes are divided into three categories:

Even though only six (6) of the eleven (11) titles carry the fabulous prizes as sponsored by North West University (NWU), it should be noted that that ALL titles offered do count towards:

The distribution of prizes is as follows:

In keeping with Mind Sport South Africa's policies re development programmes, entries are free and gratis to registered players who are unable to afford to enter such championships should the designated school official formally request assistance. Such applications must be directed to the MSSA at: e-mail: mindsportscorrespondence@gmail.com
Players who are registered with any affiliated school may participate.
The following Medals may be awarded at MSSA's 2022 Annual Inter-School League:
Please note the medals shall be awarded at a MSSA offline event.

Posted by Esports South Africa, and other games at 11:20
Email ThisBlogThis!Share to TwitterShare to FacebookShare to Pinterest