South Africa has maintained a consistent international ranking since 2011 with only one exception in 2012 where South Africa's ranking dropped from 13th to 18th. 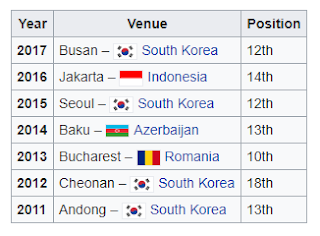 In all the years in which the Protea Esports team showed improvement, MSSA had engaged in a number of online test matches.

Even though the South African team has to battle with less than perfect circumstances, the online test matches help the team to coalesce to form  a better 'fighting' unit.

The test matches too provide a way for the South African team to come to understand the exact nature of international competition, and just how tough such competition is.

MSSA, also understands that it is not good enough to just get involved in test matches once the Team  is selected after National Team Trials (NTT). There is a general consensus among the Management Board Members that Test Matches should be played throughout the year in order to test various combinations of the team in order to see what works. This does  mean that there may be changes to the team, ans squad, as selected, as MSSA, works to find the most efficient team possible.

With IESF's 10th Esports World Championship going to be held in Kaohsiung City in Chinese Taipei, there is  a huge financial commitment to get the Protea Esports Team to the event, and as such MSSA must ensure that it gets the best 'bang-for-its-bucks'.