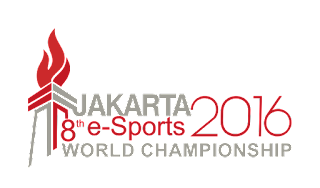 IeSF's 8the-Sports World Championships, held by International e-SportsFederation (IeSF) in Jakarta, Indonesia for 4 days, from 6th to 9th October, 2016, will be broadcasted worldwide via multi media.

The IeSF e-Sports World Championship, which holds its 8th convention this year, is the only international e-Sports competition that is based on nationality.

To increase the global e-Sports fans and communities excitement and knowledge of the competition, the 8th e-Sports World Championship is including renown commentators and casters for each game title will be gathering force in Jakarta. 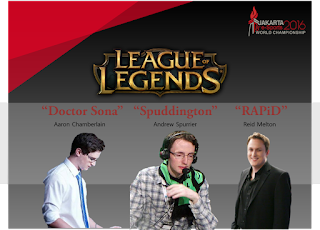 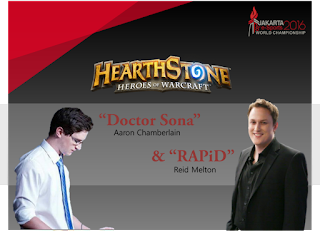 In Hearthstone, Aaron “Sona” Chamberlain and Reid “RAPiD” Melton will take the microphone again to deliver scintelating banter and commentary.

The knowledge of both casters will be directly translated into improving the knowledge and the excitement of the viewers.

The two casters will truly benefit all viewers who have an interest in the title. 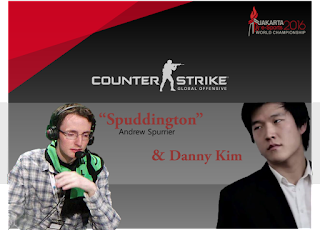 Andrew “Spuddington” Spurrier and Danny Kim, who commentated on Counter-Strike: Global Offensive (CS: GO) in Australian e-Sports League, are grouped together as THE commentating team for CS: GO.
With this fabulous line-up of casters, main matches of each game will be broadcasted through internet media, Twitch IeSF Channel (https://www.twitch.tv/iesf_tv/) and IeSF Official Website (www.ie-sf.org) in English.

The  matches will also be broadcasted in Indonesian at Ligagame eSports TV(www.ligagame.tv/) and Chinese at HuoMao TV (http://www.huomao.com/).

While Twitch had a prior experience of broadcasting IeSF eSports World Championship, it is the first time the other channel going on live through its official website.
*Starting with the Opening Ceremony, the schedule is as shown below
Posted by Esports South Africa, and other games at 05:42
Email ThisBlogThis!Share to TwitterShare to FacebookShare to Pinterest
Labels: 8th eSports world championships, Danny Kim, eSports, IeSF, Jakarta, RaPiD, sona, Spuddington