Webster returned as president of IESF 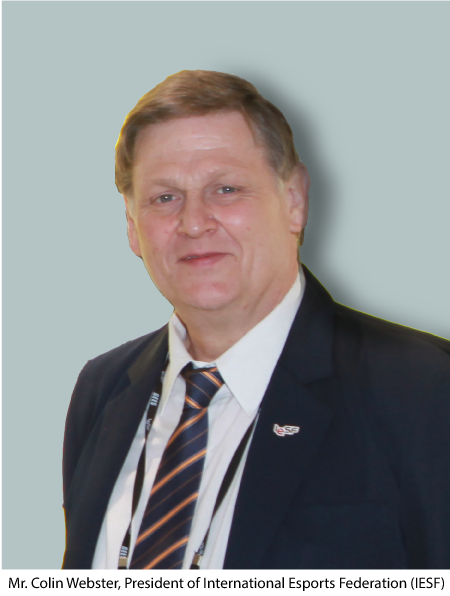 International Esports Federation’s Ordinary General Meeting (OGM) held on 13 December 2019 saw IESF demonstrate its unity of purpose when the majority of members expressed their desire to see Colin Webster re-elected as president of such body.

Established in 2008 as a non-profit organization with 56 national federations at the time of the OGM, IESF is already the largest representative esports organization in the world. Under Colin Webster’s presidency, a further six (6) national federations were accepted into full membership.
Colin Webster has thirty years of experience in esports, having run his first championships in 1998, oversaw the accreditation of esports as a sport by SASCOC, and presided over the award of the much coveted Protea Award to the national South African esports team in 2005. Colin Webster then voluntarily stepped down as President of Mind Sports South Africa in 2013 to concentrate on IESF matters.

Always on call, Colin Webster is of the opinion that the position is one  of duty and custodianship.

This is just one of the ways that IESF Board members reflect the global footprint of IESF with its elected officers boasting a wealth of experience.
Also read:
Posted by Esports South Africa, and other games at 08:40
Email ThisBlogThis!Share to TwitterShare to FacebookShare to Pinterest
Labels: e-Sports, elections, eSports, International Esports Federation, Mind Sports South Africa, MSSA