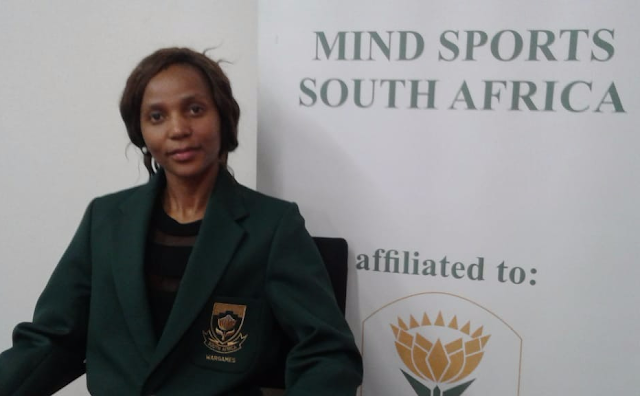 Amanda Kwaza has overseen a number of reforms in MSSA yo create a national federation that delivers even more to its members.
MSSA's Management Board Awards were initiated in 2009 to reward excellence not specifically provided for in MSSA's Constitution.
When reading through the names of those previously honored, the reader is quickly reminded of MSSA's rich history. The names are not just names, these are the men and women who have made an incredible contribution to the various mind sports in South Africa.
Under the direction of MSSA president, Amanda Pakade, MSSA's highest legislative body, being the Annual General Meeting, agreed to widen the scope of such awards in December 2018. Thus the awards are now more representative of MSSA's membership, of the work being done, and of society as a whole.
MSSA President, Amanda Kwaza, has already expressed her joy and has stated, "Never before has the quality of nomination been as high as those submitted this year. The task now faced by the Management Board is monumental in considering each and every nomination."
The final winners shall be announced at MSSA's Annual General Meeting (AGM) on 5 December 2020.
Awards shall be made in the following categories: