Mind Sports South Africa (MSSA) is proud to announce that the team to attend IeSF's 8th World Championships - Jakarta to be held from 6 to 9 October 2016.

Mind Sports South Africa has earned a reputation of being a federation totally committed to its members and athletes alike.
Through MSSA's efforts eSports in South Africa has grown from being a mere activity to being a fully-fledged-accredited-sport for which players may earn Regional, Provincial, and/or Protea Colours.

Thus, MSSA has gone through the process of selecting a national team for the 8th World Championships.

This year IeSF's World Championships is being hosted in Indonesia, and it is off to Jakarta that our brave, but merry band will journey to once again do battle against the rest of the world.

The game titles in which the South African Protea eSports Team will compete are League of Legends®, CounterStrike: GO®, and HearthStone®. 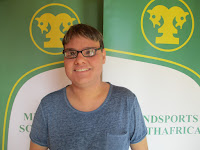 MSSA is glad to have Francois Mouton represent South Africa for HearthStone®. Francois has proved himself at the 2015 S A National Championships, Gauteng Provincial Championships, and National Team Trials to be a very tough competitor . MSSA is confident that Francois will deliver solid results in Jakarta.

MSSA is particularly proud of its League of Legends (LoL) Team. The team is well known in South African competitive circles, and the members of the team have all been in the various winning teams that have won at the various Provincial and National Championships as held by MSSA. The team boasts of four members that were part of the team that went to Seoul in 2015.

The 2015 team did not  only do well on the field  of battle, but also won the hearts, minds and souls of all those present at the 2015 World championships.

While Taylor Rose was given the honour of being the South African 'flag-bearer', Maryke Kennard too found  herself thrust into the lime-light.
Maryke was hand-picked to give the Athlete's Oath at the 7th World Championships, and after the team did manage to win through to the group stages, went on to assist Reid 'RAPiD' Melton shoutcast.

The League of Legends team, this year, is captained by the Matthew Smith who gave a star performance in Seoul.

The CounterStrike: GO team consists of players who have all excelled in MSSA championships. MSSA is confident that  the team will rise to the challenge and deliver solid results.

This is the first time that CounterStrike: GO has been included in the World Championships, and the young South African team will have its work cut out for it.
The CounterStrike: GO team, is captained by Jessie Joubert.

The full team is as follows:

Thus MSSA has passed the mantle of manager  on to Jason Batzofin who shall 'wet his spears' at the 8th World Championships.
The Protea eSports Team shall officially be awarded their colours at the official award ceremony that shall be done just prior to departure.
Posted by Esports South Africa, and other games at 13:43
Email ThisBlogThis!Share to TwitterShare to FacebookShare to Pinterest
Labels: 2016 IeSF World Championship, Anteria, DF Malan, eSports, IeSF, Indonesia, Jakarta, Knights Mind Sports, Protea, Rondebosch Boys, St John’s College, Tuks University