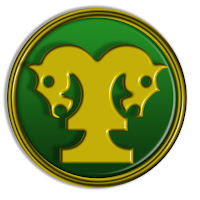 As soon as MSSA announced the selection of the National Protea Team to attend IeSF's 8th World Championships -Jakarta players started writing in to enquire when the next National Team Trials would be held.

The date for the next National Team Trials for esports has been provisionally set by the Management Board to be 3 June 2017.

The Trials are the only method employed by MSSA to select national teams, and MSSA always does  such at a LAN event.

All gamers should note that to participate in such Trials, such  gamers must fulfill the following criteria:


Thus considering the above, it should be noted that teams are only selected for a year's duty at a time. This means that there are no 'sacred cows' on the team and all  team members have to fight for their place on the team on an annual basis.

It should also be noted that all MSSA Regional, Provincial, and National events from 5 June 2016 to 2 June 2017 count towards the National Team Trials.