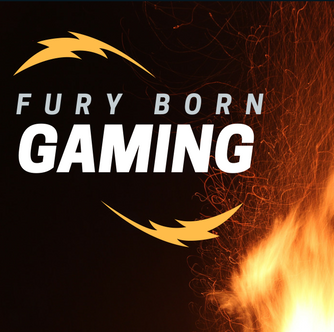 A new clan has risen to the challenge! Fury Born Gaming (FGB) based in the United Kingdom has created a new CS GO team which are jumping straight into the deep end by competing in a Gfinity tournament later today.

The team is very new but intend to make the clan, and themselves, proud. The team is lead by the fearless leader Kieran "Cython" Gilhooly who has been proving himself in the world of Counter Strike. Alongside him he is joined by Glynn "4llsopp" Allsopp who is an old hand at gaming and intends to bring his overall game experience to the team. Glynn's been playing games from the beginning and intends to support the team through thick and thin. You can catch him streaming on twitch.tv/4llsopp. Joining them is some young internationally blood; Jason "Salty_Jayy" Batzofin who's been making waves within the International e-Sports Federation. He hopes to bring some international experience and exposure to the team. And finally to finish the team off two solid CS players who can claim experience and skill; "Greggs" and "REAPQ1". Both these players have the skill and determination to pull through and be a part of leading this team to success.

Together the team will progress in the hopes of achieving greatness and it all starts with a single step. Be sure to follow any updates on the team on this blog page, on the Fury Born Gaming Twitter page @furyborngaming or at our website: http://furyborngaming.tk/