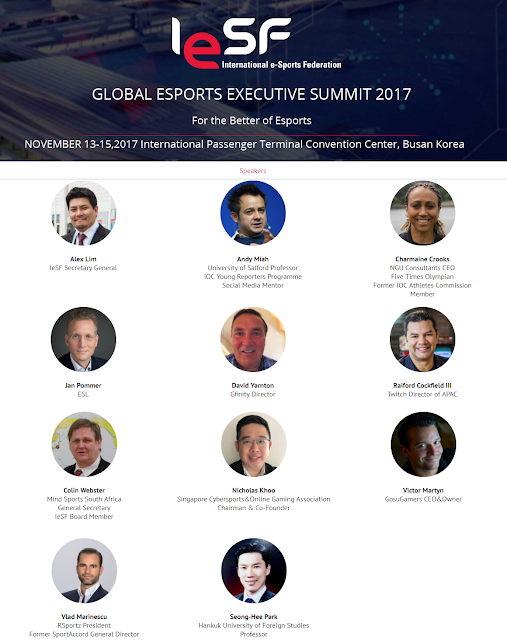 International e-Sports Federation (IeSF) has confirmed the six agendas to be discussed at the Global Esports Executive Summit (GEES) 2017.

Following the GEES 2016 which was held in Shanghai, the GEES 2017 will be held in Busan, at the International Passenger Terminal Convention Center on November 13th - 15th.

The agenda of GEES 2017 is as follows:
GEES 2017 will be added with new programs such as ‘B2B Promotion Zone’ and ‘New Esports Showcase’. B2B zone is an exhibition booth for GEES 2017 partners to increase their brand exposure, and the showcase is an opportunity to give potential developers to showcase their new esports discipline.

The Summit is to be held directly after the end of the 9th esports World Championship, and is expected to be hosted on a larger scale than before with more than 200 officials from both side of sports and esports. For a more detailed introduction to the event, please refer to the official website http://iesf.rsportz.com/ where registration is also possible.

For information on the announcement of GEES 2017, please refer to the article link below:
http://www.ie-sf.org/news/global-esports-executive-summit-2017-to-be-held-in-busan-korea/