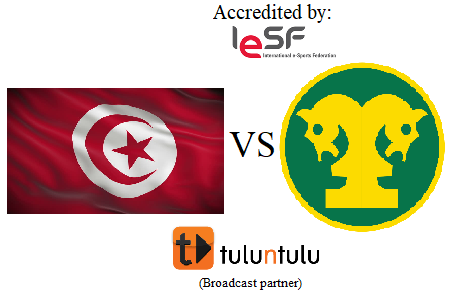 On 15 September 2017, Mind Sports South Africa (MSSA) announced its team for the official online esports test match that is to take place on 16 September 2017.

The Tunisian national team will take on the official South African National Protea Esports Team in an exciting test match which MSSA considers to be a vital step in MSSA's preparation of Team Esports South Africa for IeSF's 9th World Championships - BUSAN.

As loyal readers will note, MSSA has its own channel on TULUNTULU.

TULUNTULU is one of the largest mobile content platforms targeting audiences in Africa, and globally, with African focused content. The app can be downloaded for free from the Google Play and iOS App stores; usage is free (no subscriptions), 100% free on Wi-Fi - with data costs only if connected via a mobile network (the low data setting consumes +-50MB/hr.). The “FREE” business model is designed to maximize audience reach and engagement.

TULUNTULU continues to grow and is approaching 500,000 app installs.

MSSA shall be streaming the official test match on its channel.
The schedule for 9 September 2017 is as follows:
The League of Legends games shall be streamed live.

Should you wish to watch any of the above, please download the free TULUNTULU app, and enjoy the games on MSSA's channel.
Posted by Esports South Africa, and other games at 04:57
Email ThisBlogThis!Share to TwitterShare to FacebookShare to Pinterest
Labels: eSports, IeSF, League of Legends, Match, Mind Sport South Africa, MSSA, Tunisia