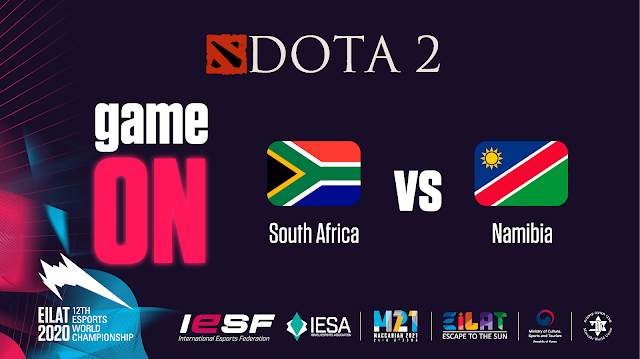 The matches between South Africa and Namibia are fast becoming a grudge-match.

However, Namibia is not taking the qualifying match lightly, and have restructured their team to be, what many believe, to be the strongest DoTA 2 team ever fielded by Namibia.

Thus, South Africa  has its work cut out for itself, and only time will tell as to who will emerge as the victor.

The South African team consists of seasoned athletes under the astute leadership of Jessie Joubert.

Details of the match are:

The game can be viewed on IESF TV - https://twitch.tv/iesf_tv