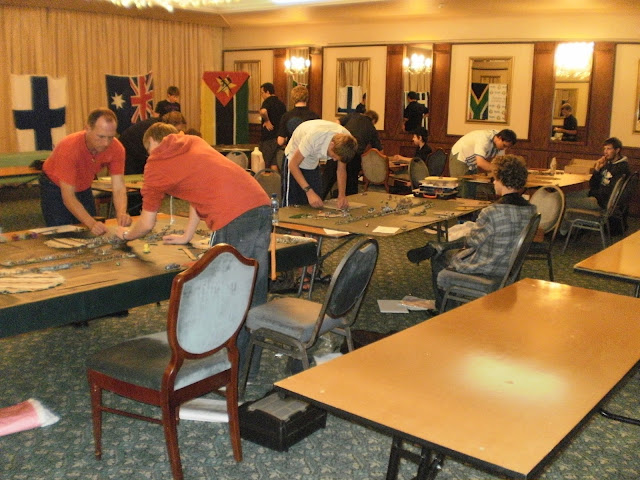 The 20th MSSA North West Board Gaming & Wargaming Championships shall be held at St Conrad's College, Klerksdorp, on 5 & 6 March 2016.

In terms of the current regulations, any period may be played to more than one rule set if there are sufficient entries, and a player qualified to act as an umpire has volunteered to umpire such rule set.

The championships shall start on both days at 9H00. Players need to register at least 30 minutes before the start of play.


In keeping with Mind Sport South Africa's policies re development programmes, entries are free and gratis to registered players who are unable to afford to enter such championships should the member club formally request assistance. Such applications must be directed to the MSSA at: e-mail: mindsportssa@iafrica.com

Please note that if there are not at least 10 players entered for a figure gaming period, then such period shall be played to four (4) rounds and not five (5).

All entries, and army lists (if applicable) must be e-mailed to the Umpire: Colin Webster at mindsportssa@iafrica.com on or before 4 March 2016.