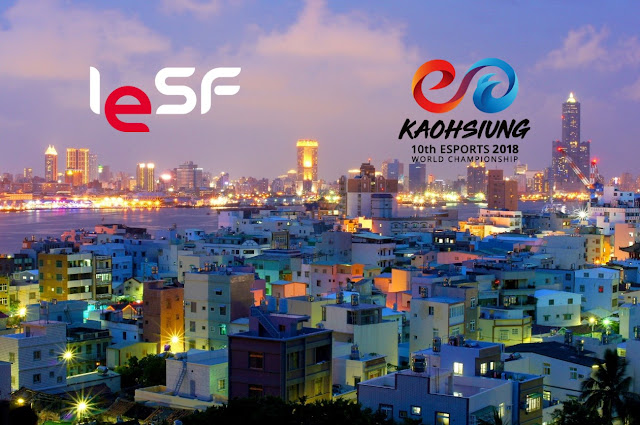 International Esports Federation (IESF) has announced that a total 684 participants from 43 countries have registered for 1st Entry of the Esports World Championship Kaohsiung 2018.

The Protea Esports Team has competed in all nine previous World Championships, and thanks to the skill and dedication of MSSA's top athletes, South Africa is currently ranked 12th  in the world.
The final entry will be opened until 31st of August, where National Federations will be submitting the final national delegation list to IESF Each National Federation will be conducting their national qualifiers(NQ) to select their national teams to represent their country during the respective period.
With fantastic support from the city of Kaohsiung and the local organizing committee (CTeSA, Chinese Taipei Esports Association), IESF's 10th Esports World Championship will not only be the biggest of all World Championships, but the most spectacular one to date.
The event will not only feature esports in general, but will embrace cultural and social events held jointly during the period.
Latest information about 10th Esports World Championship is posted, https://www.ie-sf.org/news/logo-released-for-10th-esports-world-championship/, and more details can be found on IESF official website.
Participating Nations by official titles