Team Valkyrie's, from Club Valhalla, Jade Klein has Captained the all female League of Legends team for many years. However, Jade has decided to take a back seat in order to focus on her personal goals.

Thus the mantle of leadership has fallen upon Angelique “Scarlet” Ramos. 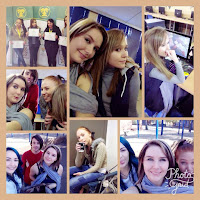 However, Jade will not be too far away as she will still be part of the team as the TOP laner. But who is Angelique?

Angelique has been flying in the League Of Legends scene for some time now, competing in Championships for at least 2 years.

Angelique too has achieved her Provincial Colours from MSSA for the esports title of League of Legends for 2017. Such colours  were earned at MSSA's 16th Mpumulanga Provincial Championships.

She is quite a shining star among the League Of Legends community and has shown great determination to become one of the best female esportswoman to come out of South Africa. Angelique’s knowledge of the game and her competitive nature has secured herself facing off against the top teams of South Africa. 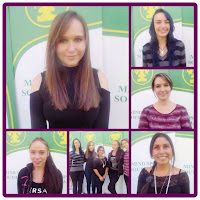 towards their future victories. Angelique plans to enforce a rigorous training schedule making sure each member of the team has the tools to progress to obtain the goals she has set. Angelique is hoping to apply her can do attitude to create the optimum environment for Team Valkyrie to succeed, as well as looking forward to those special moments the females share in victory and defeat.

With Leana “The Lady Rage” Jackson (the MID laner) coordinating Team Valkyrie's MWEB Gamerzone streams a few days a week, Angelique has her hands full as she assist Leana and the team, harmonizing social media and interviews in this new amalgamation of duties.

Angelique will also be coaching Team Valkyrie's newest member Amone’ “CheriCheriLady” Bekker (Jungle role) as they move toward competing as a full team.

The team thus welcomes Angelique as the new captain, and is ready and willing to take on the gaming scene with her as their new front woman.

“I wish you all the best Angelique and trust you’ll put some fire at the heels of the females. Keep strong and LOL on.” Jade Klein
Posted by Esports, and other games at 20:32