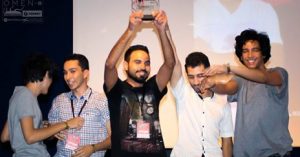 The 4th edition of the e-Sports Tunisian Cup (ETC 2017) took place at the Carthage Game Show (CGS 2017) on the 5th and 6th August at the UTICA. Carthage Game Show is an event that gathers multiple activities related to video games: game development conferences, game development and artistic competitions, cosplays, retro gaming and YouTube. The event had more than 1.500 visitors, 20.000 watched the 16 hours of live streaming on Gamers Arena’s channel, and more than 350.000 viewers heard of the event on TV channels Nessma TV and Hannibal TV.


43 teams participated in the ETC 2017 – League of Legends and the grand winner was Armoured Brothers. They convincingly won against Geekerz 3-0: team captain Ali Gaaloul and his teammates were in top condition and won every single game during the whole tournament. Armoured Brothers have been training very hard for the qualifiers and for the IeSF WC, their current roster is the following : Ali Gaaloul, Sami Sliti, Ayoub Chargui, Samih Massaoudi and Selim Zaouali.
34 players participated in the ETC 2017 – Tekken 7 and the grand winner was Aziz Kallel. His solid execution and patience were too difficult for his opponents to deal with.
The winners will have the chance to represent Tunisia during the e-Sports world championship – IeSF World Championship which will take place from November 9th to November 12th, 2017, in Busan, Korea.
We interviewed Armoured Brothers’ team leader – Ali Gaaloul, a regular player of the IeSF World Championships.
Interview with Ali Gaaloul – Armoured Brothers captain(By Mary Stambouli and Raft_k – August 2017) 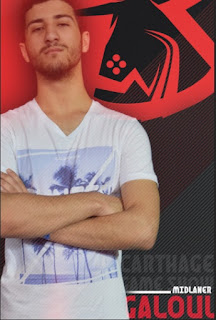