Taking on the future one step at a time. 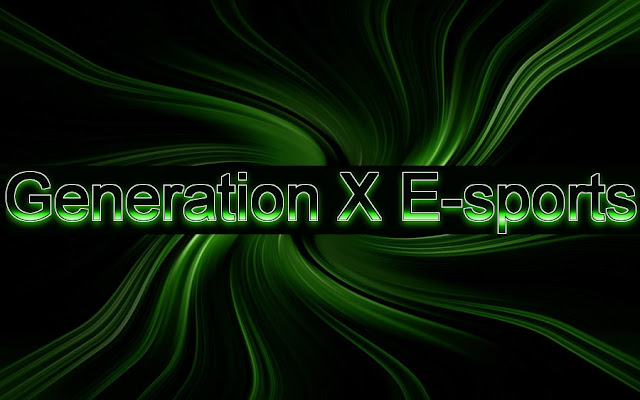 They say all the biggest and best organizations started out in a garage.

GenX or Generation X is an awe-inspiring clan which caters to those who play casually and those that are known to be on the more competitive side of gaming. As a newly founded clan they hope to attract various people to help them grow and become a large contender on the worldwide E-Sports scene. What stands out in GenX is their monthly internal tournaments they have with RP prizes to be won for all mainstream games.

The exceptional thing about the Generation X clan is that they treat each other like family, and ensure that whether you play casually or competitively you will have fun and improve at your own pace. They have a few coaches that would gladly assist you with those tiny concerns that hinder you into becoming the gamer that you strive to be. As an already rapidly growing clan they will be competing in acclaimed tournaments like MSSA (Mind Sports South Africa) and numerous other popular Competitions.

Owners of the clan Sybrand ‘Achillesrex’ De Kock and Adele ‘Nitebabe’ Janse van Rensburg have been working hard on creating the clan that they envisioned.

Help them out and go join the ranks of greatness.

Adele ‘Nitebabe’ Janse van Rensburg may be reached on nitebabe18@gmail.com
Posted by Esports South Africa, and other games at 07:42
Email ThisBlogThis!Share to TwitterShare to FacebookShare to Pinterest
Labels: Generation X, GenX, MSSA